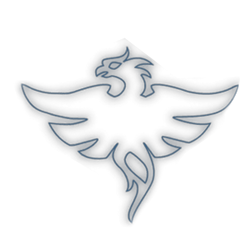 For other uses, see Restoration.

"I have lot of respect for the Restoration School. Skyrim could use a lot more healers."
―Hold Guard[src]

Restoration is a magic-based skill in The Elder Scrolls V: Skyrim and is one of the six skills that falls under The Mage archetype. It is described as: (involving) control over life forces. This skill makes it easier to cast spells like Healing, Turn Undead, and magical wards.

Skill experience is gained by healing when injured and blocking damage with protective wards, or casting protective circles on the ground. Casting healing spells while at full health, or using wards without taking damage, does not raise the Restoration skill. However, casting circles with no enemies around will.

Because health is a vital attribute, the Restoration skill benefits a wide variety of character types; most characters find themselves utilizing these spells to supplement combat prowess. Every new adventurer starts with knowledge of the basic Healing spell. Additional restoration spells are learned from Spell Tomes found in dungeons or purchased from vendors. There is also the Avoid Death perk (requires 90 Restoration skill) which, once obtained, allows the Dragonborn to instantly recover a moderate amount of health if it drops to near-death amounts, effectively granting the ability to cheat death once per day. This perk alone makes it a worthwhile effort to master this skill.

The following books increase the Restoration skill by one level the first time they are read:

Oghma Infinium – can also increase Restoration skill by choosing the Path of Magic; this is the only book that will increase more than one skill.

The following is a complete list of Restoration spells:

The following are the perks that become available for selection as the skill is leveled up:

Trainers increase the Restoration skill for a fee. They are listed by proficiency.

The fastest and safest way to speed level restoration is to take the Apprentice Stone, then go to any town with a forge. Go into town to the blacksmith's forge.

The forge here will do consistent and easy to manage damage to you every time you jump and land in the forge. It applies a burn effect which you can use to damage yourself. Since it's just you jumping onto a fire and not an enemy damaging you, the damage is lower but more manageable and it's still easy to quickly remove health, but can be used when you first start a new character.

See more discussions >
Retrieved from "https://elderscrolls.fandom.com/wiki/Restoration_(Skyrim)?oldid=2911362"
*Disclosure: Some of the links above are affiliate links, meaning, at no additional cost to you, Fandom will earn a commission if you click through and make a purchase. Community content is available under CC-BY-SA unless otherwise noted.