) is a unique named dragon and a supporting antagonist in The Elder Scrolls V: Skyrim. He appears at the Kynesgrove dragon burial mound.

Local legends claim this is the dragon slain by the Nord hero Jorg Helmbolg in the First Era.[1]

Sahloknir is encountered during the quest "A Blade in the Dark," where he is resurrected by Alduin, only to be defeated by the Dragonborn shortly after. 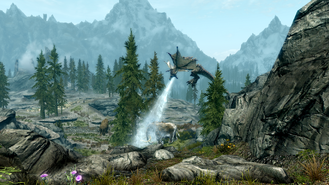 Sahloknir fights a group of mammoths... 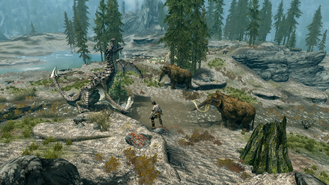 Deutsch Español Italiano Polski Русский
*Disclosure: Some of the links above are affiliate links, meaning, at no additional cost to you, Fandom will earn a commission if you click through and make a purchase. Community content is available under CC-BY-SA unless otherwise noted.
Advertisement