For other uses, see Scaled Armor.

Scaled Armor is a set of light armor with four pieces in all. Scaled Armor is relatively common to find, residing in leveled containers across Skyrim. The set is brown, and contains other muted earth tones. Fur and horns also decorate the suit. Each piece can be crafted using Smithing amenities, and each piece can be improved with corundum ingots.

There is also an alternative version of the cuirass, the scaled horn armor. It is identical to the stats of the original, but can't be crafted or improved.

Compared with other sets[edit | edit source]

It provides less armor rating than glass armor, but more than Elven armor, while being heavier in weight than the latter. Elven gilded armor, when wearing the full set, reaps benefits equal to that of Scaled Armor. The scaled armor seems to be an upgraded version of the studded armor, as it has extra protection, and looks similar.

Scaled Armor can be crafted at a forge with the Advanced Armors perk, which is available with a Smithing skill of 50 or above. The required materials to craft it are Corundum Ingots, leather, leather strips and steel ingots. Scaled armor can be crafted in the steel section of the forge menu.

While it is craftable after unlocking the Advanced Armor perk, Scaled Armor is one of the few armors you can improve to "Legendary," making it far more defensive than any Light Armor tier sets until you unlock Glass Armor. Keep in mind, for those wishing to save time and get right into the game instead of skilling up to Glass, lower grade Glass Armor requires more skill in Smithing before it can surpass Scaled Armor at Legendary.

Scaled Armor can be improved at a workbench with one Corundum Ingot per piece. This increases the armor rating provided by the item. The factor of the improvement is modified by the Smithing skill and Advanced Armors perk.

The alternative version of the cuirass cannot be improved. 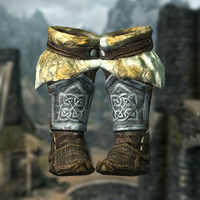 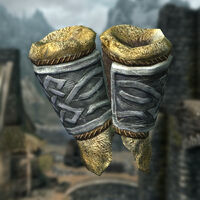 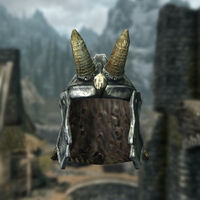 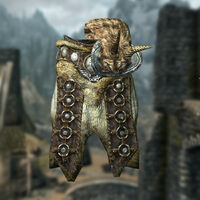 Retrieved from "https://elderscrolls.fandom.com/wiki/Scaled_Armor_(Skyrim)?oldid=2638959"
*Disclosure: Some of the links above are affiliate links, meaning, at no additional cost to you, Fandom will earn a commission if you click through and make a purchase. Community content is available under CC-BY-SA unless otherwise noted.