Shrine of the Black Maw

Have an image of this location?
Then please upload it!

"Since the inking of the Ebonheart Pact, the trade in enslaved Argonians has been outlawed, but it has not been eradicated. It has merely gone underground—literally, in the case of those using the Ayleid halls of Varakun as their lair."
―Shrine of the Black Maw Loading Screen[src]

The Shrine of the Black Maw is an Ayleid Ruin that appears in The Elder Scrolls Online. A map marker for the location may be discovered by reading Three-of-Claw's Note. 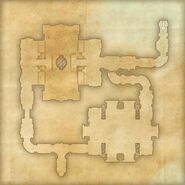 Retrieved from "https://elderscrolls.fandom.com/wiki/Shrine_of_the_Black_Maw?oldid=2898314"
*Disclosure: Some of the links above are affiliate links, meaning, at no additional cost to you, Fandom will earn a commission if you click through and make a purchase. Community content is available under CC-BY-SA unless otherwise noted.