Shrouded Armor is an enchanted light armor set, traditionally worn by the assassins of the Dark Brotherhood.

The armor is red and black, with many straps and buckles running down the chest and across the waist. It is the only set of armor other than the dragon priest masks and Nightingale Armor to feature a cowl with actual protective leather. The cowl has two variations: one with the face cover, and one without. Each piece is also enchanted. It seems that while Khajiit and Argonians can wear the shrouded cowl, it does not provide a mask to hide the nose and mouth of the wearer, though the maskless version allows the ears to be seen, while the standard cowl does not.

There are two other variations of the shrouded armor. One is called ancient shrouded armor. It looks exactly the same as the shrouded armor but provides improved enchantments and armor ratings. The other is the worn shrouded armor, which doesn't have any previous enchantments, thus potentially making it the most valuable, especially if one acquired the Extra Effect perk, since it can be greatly "customized." Tumblerbane Gloves, a unique variant of shrouded gloves, are also found in the Dawnstar Sanctuary after purchasing the bedroom part of the sanctuary during "Where You Hang Your Enemy's Head."

A few additional sets of this armor may be obtained by having the Perfect Touch, a perk of the Pickpocket skill tree. In the quest "The Cure for Madness," another Dark Brotherhood sanctuary near Dawnstar is visited. The ghosts which roam the sanctuary wear this armor. Killing them causes their corpses to disappear, not allowing the collection of the armor. However, these apparitions can be pickpocketed for the armor pieces with this perk. When the quest "Where You Hang Your Enemy's Head" is completed, an additional set of armor (minus the cuirass) can be found on the Mannequin in the Master Bedroom.

Conceptual design for the shrouded armor 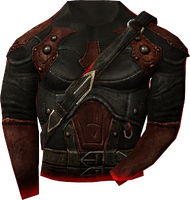 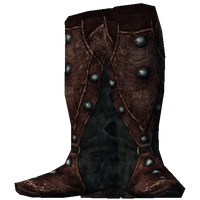 Retrieved from "https://elderscrolls.fandom.com/wiki/Shrouded_Armor_(Skyrim)?oldid=3161977"
*Disclosure: Some of the links above are affiliate links, meaning, at no additional cost to you, Fandom will earn a commission if you click through and make a purchase. Community content is available under CC-BY-SA unless otherwise noted.