For other uses, see Skingrad.

"Believe me, Mehrunes Dagon will know he was in a fight if he tries to take this city from me."
―Count Janus Hassildor[src]


Skingrad is a large city located southwest of Imperial City on the Gold Road. The city is divided into two sections: North and South. It is separated by a huge trench running through the city. The city is noted for its wealth and prosperity, making it one of the nicest in Cyrodiil. The surrounding land is lush and flat, with lots of vegetation, which make it ideal for farms and vineyards.

Before Kvatch was destroyed, Skingrad was likely the third largest city in Cyrodiil. Afterward, it seems to be the second. In addition to its size, most of the people of Skingrad appear to be very wealthy, many with large houses. However, on the chapel side, a number of people live in run down homes. The city castle rests on a hill above the rest of the city. Skingrad and Anvil are the only two cities in Cyrodiil with the castle outside of the cities walls.

Most of the city can be viewed from the bridge. Skingrad has a number of vampires in the vicinity. This would likely explain the garlic clusters (which are present in nearly every building). Unknown to the citizens, the Count is a vampire himself.

Quests which start in Skingrad:

Skingrad County is famous for its wines, tomatoes, and cheeses. Skingrad is one of the cleanest, safest, and most prosperous towns in Cyrodiil. Located in the heart of the West Weald highlands, Skingrad is the gem of Old Colovia, and a model of the Colovian virtues of independence, hard work, and tough-mindedness. Skingrad is a model of a well run, orderly county. Crime, gambling, and public drunkenness are almost unknown, and its wines and cheeses command high prices all over Tamriel. The city reportedly has a vampire problem and has garlic clusters to ward off the vampires.

Janus Hassildor, the Count of Skingrad, resides in the Castle of Skingrad, but unlike the other Counts and Countesses, he is a vampire, which would explain why citizens "do not see him during the day or in the morning." He and his wife were accidentally infected with the disease. The Hero, then a vampire, found a cure for vampirism and as a reward for discovering it the Count gave them a bottle of the cure.

Janus Hassildor, Count Skingrad, has ruled Skingrad for many years, and is known by reputation to be a powerful wizard. He is a very private man, and neglects his chapel devotions to the Nine Divines. He is widely honored and respected by his people, and under his rule, Skingrad is a considered of a well run, orderly county.

Skingrad is the only city in Cyrodiil without a Court Wizard.

Skingrad has three districts: the Castle, Hightown, and Chapel. A low road runs east-west under the wall and bridges of the upper town. The Guilds and West Weald Inn are in the west of Hightown, while many shops and upper class residences are arranged along a street in the north. The southern half of the town includes the chapel at its east end, with Skingrad's other lodgings, The Two Sisters Lordge, on a street in the center, with other residences, modest and mean, scattered through the rest of the district. Gates and bridges cross the low road to connect Hightown and Chapel in several places. Castle Skingrad is completely separate from the town, standing on a high prominence to the southeast. A road from the town's east gate leads from town to castle.

There are two inns in Skingrad. One, The Two Sisters Lodge, is owned by two Orcs. The inn is clean and well-ordered, and is troubled by neither riot or public drunkenness. The other inn is run by a pleasant Imperial woman. Neither of these proprietors are to be seen in the Great Chapel of Julianos. To purchase a batch of Skingrad's famous sweet rolls go to the Chapel District to Salmo the Baker's House. Outside of the town there are two vineyards, Tamika's and the Surilie Brothers, where they make the best wines in all of Tamriel.

The Mages Guild here is no different than it is in other places, but the Fighters Guild makes a specialty of goblin hunting, which is a great service to the travelers in the West Weald. The Fighters Guild members give the Hero locations on goblin dungeons as well as tips for killing them. 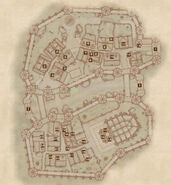 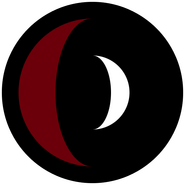 A guard in front of the Skingrad gate. 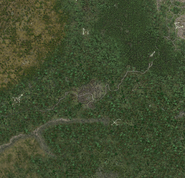 Retrieved from "https://elderscrolls.fandom.com/wiki/Skingrad_(Oblivion)?oldid=3111145"
*Disclosure: Some of the links above are affiliate links, meaning, at no additional cost to you, Fandom will earn a commission if you click through and make a purchase. Community content is available under CC-BY-SA unless otherwise noted.