Skyshards are interactive objects found around Tamriel in The Elder Scrolls Online. For every three skyshards one collects, a skill point is given to them. [1]

Skyshards are scattered throughout Tamriel and can be found in every zone in the game. They are located in dungeons, explorable caves, and regular overland areas with 16 Skyshards per zone (With the exception of Bal Foyen, Betnikh, Stros M'kai, Bleakrock Isle and Khenarthi's Roost).[2]

Skyshards can be identified at a distance by their tall, bright beams of Magicka emanating from them. Because of this, they can be seen over small rock formations and hills. They also emit a low humming sound when one is nearby.

In total, there are 339 Skyshards in the game. This means that 113 skill points can be gained from Skyshards alone.

All the hints, also displayed in the in-game achievements tab, are given below.

Many sites and databases also have interactive maps with all of the Skyshard locations in detail. A Google search can give you a lot, if you don't want to look for them yourself. [3]

These sites have all of the Skyshard locations:

A player absorbing a Skyshard

An absorbed Skyshard
Add a photo to this gallery 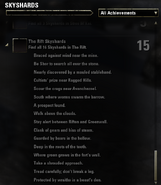 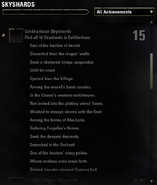 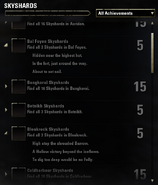 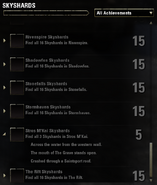 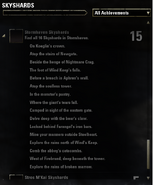 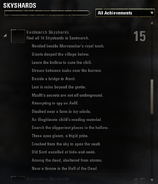 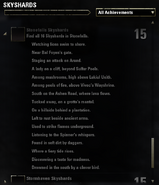 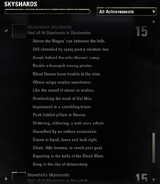 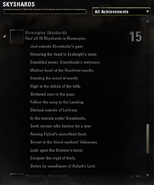 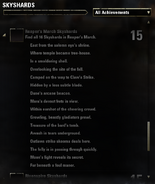 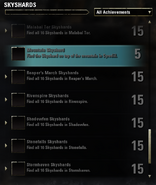 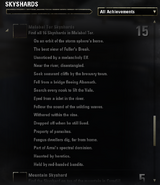 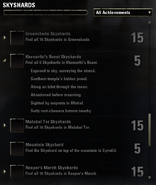 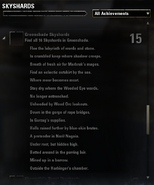 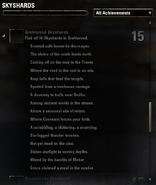 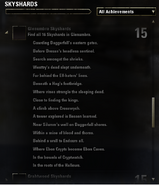 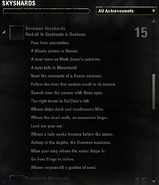 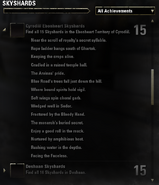 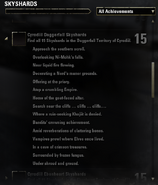 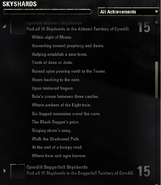 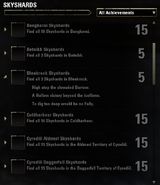 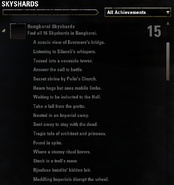 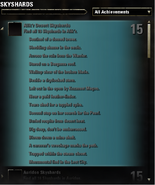 Retrieved from "https://elderscrolls.fandom.com/wiki/Skyshard_(Online)?oldid=1835752"
*Disclosure: Some of the links above are affiliate links, meaning, at no additional cost to you, Fandom will earn a commission if you click through and make a purchase. Community content is available under CC-BY-SA unless otherwise noted.