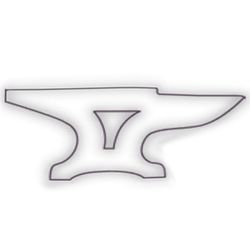 For other uses, see Smithing.

Smithing is a skill in The Elder Scrolls V: Skyrim. Smithing is referred to as the art of refining raw materials and combining them to create or improve pieces of armor or weapons. It is one of the three crafting skills in Skyrim, falling under the Warrior playstyle, with parallels to alchemy for thieves and enchanting for mages.

Smithing is a multistage process with the number of stages depending on what items are being crafted and how raw the materials are. The process can be started at any intermediate stage if the right items are obtained, but every stage requires input materials, knowledge of the build, and its own tool. Input materials can be found in the world or purchased from vendors. Knowledge of new recipes can be acquired only through perks but some are available automatically. The tools listed below roughly outlines the end-to-end process.

These stations, required for various stages in the smithing process, can be found in any main city and most villages. They are also frequently found in forts and dungeons or outside mines. See the individual station pages for more specific locations.

The following books provide a permanent one-time increase to the Dragonborn's Smithing skill. See each book's page for a list of possible locations.

"People say I'm making gold off of other people's misery, but what else would I do? Smithing is all I know. Next time one of my shields deflects a killing blow, they'll change their tune."
―Balimund[src]

The following quests increase or help to increase the Smithing skill:

The Smithing skill levels according to an exponential curve. This means each level costs proportionately more than the previous one.

There are multiple objects and potions which benefit smithing within Skyrim. First are potions, which temporarily increases the smithing ability. There is also armor Enchanting which, depending on one's enchanting ability, can grant a much higher smithing ability as long as the user is wearing it.

The following chart lists the perks that become available to the Dragonborn as the skill is leveled up. In spite of the shape of the perk constellation implying otherwise, perks explicitly list their prerequisites (Daedric Smithing requires Ebony Smithing be taken first, and so forth).

The table shows what quality improvement an item will achieve based on Smithing level and if the Smithing perk for the item is taken or not.

Items can still be improved once they reach Legendary, but the description will not change.

Each additional quality level beyond Legendary improves Armor by 3.6 and other items (weapons, helms, boots, etc.) by 1.8. The skill related to the item will also affect how much it does. So the bonus is significantly larger on the armor on someone with the corresponding skill.

Alchemy and Enchanting can improve results significantly via the Fortify Smithing effect allowing for greater improvements at a given level than the table shows. Combining both alchemy and enchanting to improve one another and then combining both to improve Smithing as much as possible can be very powerful.

The improvement of armor and weapons requires one smithing material per item improved. These items can be obtained by tanning, smelting, or other means of obtaining items.

* The only known piece of jewelry that can be improved is the Aetherial Crown, with a Dwarven Metal Ingot. However, since it has no armor rating, only its value will be increased.

Deutsch Español Français Italiano 日本語 Nederlands Polski Português Русский Українська
*Disclosure: Some of the links above are affiliate links, meaning, at no additional cost to you, Fandom will earn a commission if you click through and make a purchase. Community content is available under CC-BY-SA unless otherwise noted.
Advertisement