During 4E 201, as the Skyrim Civil War rages on, Skyrim becomes a nation divided, with three of its nine holds, The Pale, Winterhold, and The Rift, allying with Ulfric Stormcloak, Jarl of Eastmarch Hold and Windhelm, and his Stormcloak rebels, and Solitude serves as the center of Imperial power in Skyrim.[2] Much of Solitude's coffers and supplies have been diminished and its security is becoming increasingly vulnerable with many of its Hold Guards conscripted to serve in the Legion's army. Jarl Elisif considers these sacrifices necessary in order to quell the rebellion and defeat Ulfric and is resigned in her belief that General Tullius will do what is best since they are so dependent on him.[3] 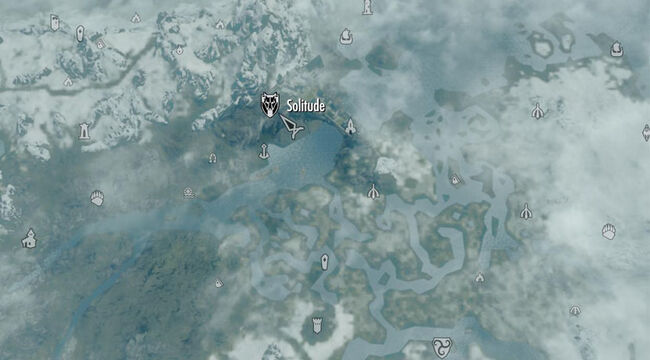 Solitude landscape
Solitude Side View.jpg
Side view of Solitude
Solitude01.jpg

Path to the Blue Palace
Add a photo to this gallery

See more discussions >
Retrieved from "https://elderscrolls.fandom.com/wiki/Solitude_(Skyrim)?oldid=2935947"
*Disclosure: Some of the links above are affiliate links, meaning, at no additional cost to you, Fandom will earn a commission if you click through and make a purchase. Community content is available under CC-BY-SA unless otherwise noted.