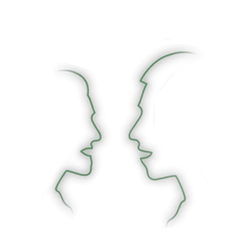 The skill of persuasion can be used to get better prices from merchants and persuade others to do as you ask.

"Heard about you and your honeyed words..."
―Guard[src]

For this skill in other games, see Speechcraft.

Speech is a skill in The Elder Scrolls V: Skyrim and is one of the six skills that falls under The Thief play-style. This skill is a combination of both Speechcraft and Mercantile skills of previous Elder Scrolls and replaces them. Speech may also help with quests by unlocking special dialogue interactions, including Intimidate, Mock, Brawl and more.

Prices are computed by the following:

Skills over 100 have no effect.

The speech skill increase depends on the base value of the item traded or the difficulty of the bribe or persuasion. When selling items, it is not actually required to receive any gold, only that the transaction takes place. The skill increase only occurs once per transaction. In order to optimize leveling, expensive items in groups of 6 or more should be sold individually, rather than all at once.

The following are a list of books that increase the Speech Skill. For a list of locations, see the individual book article:

Members of the Thieves Guild have the option to bribe guards when minor crimes are committed. Repeatedly committing small crimes, such as trespassing or pickpocketing, and bribing guards to look the other way can help level Speech quickly.

spent bribing a guard can be pickpocketed back with a high enough pickpocket skill.

During the Dark Brotherhood quest, "Recipe For Disaster", Anton Virane can be intimidated repeatedly to level Speech. This can be accomplished by:

This can be repeated forever.

In Dawnstar, the Ahkari Merchant chest can be accessed (see page for details). All gold should be put into the chest, then Ahkari should be returned to. All items in the inventory can be sold to her, which will retrieve the gold put in her chest. Then all the items sold can be retrieved from the chest. This can be repeated forever.

Similar to Method One, after progressing far enough into the Thieves Guild questline, the Dragonborn can commit a minor crime, such as failed pickpocketing or stealing. Once the crime has been committed, the Dragonborn can go up to a guard and initiate the "Wait, I know you." dialogue. Any option (aside from resisting or submitting to arrest) should be available to persuade them to overlook it. Though the guards says they won't let it slide the next time, they will never attack or arrest the Dragonborn (of course, if the submit or resist dialogue option was not chosen).

NOTE: This will not remove the bounty, it will just stop the conversation peacefully, while slightly improving speech skill. This can then be done to all of the guards in a hold, but it should not be repeated on the same guard, as this can cause the option to go away. Instead, all the guards should be cycled through with the dialogue. This is especially useful at medium-high levels, since nothing has to be paid or sold, and the risk is practically zero.

During the Dampened Spirits quest, the Dragonborn can loop a conversation with Sabjorn to quickly level speech. To do this:

Some items increase the Speech skill. These include:

Retrieved from "https://elderscrolls.fandom.com/wiki/Speech?oldid=1188534"
*Disclosure: Some of the links above are affiliate links, meaning, at no additional cost to you, Fandom will earn a commission if you click through and make a purchase. Community content is available under CC-BY-SA unless otherwise noted.