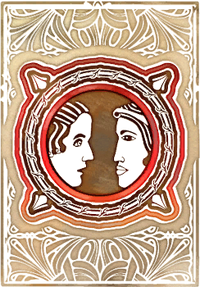 For other uses, see Speechcraft.

Speechcraft is a stealth arts skill that allows the Hero to influence and persuade characters to like and trust him or her, sometimes divulging vital information that they would not normally reveal to the average person.

Persuasion, wheedling, cajoling, and coercing are all tools of speechcraft. They are tools you seek to excel in. You are now an Apprentice of Speechcraft. When persuading a character, you now get one chance to rotate the response wedges without having to select an action.

Persuasion, wheedling, cajoling, and coercing are all tools of speechcraft. They are tools you seek to excel in. You are now a Journeyman of Speechcraft. When trying to persuade a character, his or her disposition now decreases much slower.

Persuasion, wheedling, cajoling, and coercing are all tools of speechcraft. They are tools you seek to excel in. You are now an Expert of Speechcraft. When trying to persuade a character, you suffer less disposition penalty from the most disliked action.

Persuasion, wheedling, cajoling, and coercing are all tools of speechcraft. They are tools you seek to excel in. You are now a Master of Speechcraft. When trying to persuade a character, bribery costs half of what it would normally.

When your Speechcraft skill is 70 or higher, characters will say: "You've got quite the silver tongue."

In order to do this, you must study the game mechanics and master the leveling process. It takes 10 of any Major Skills to gain one level. In this process, should all 10 happen to fall under one attribute, such as Strength, then when you rest you will be granted +5 towards that attribute, in this case Strength. But doing so results in the question; If I used all 10 on Strength-related skills, where does the rest come from?

That answer, is effective leveling. Let's assume you also want to raise Endurance as well as Personality. Instead of doing at least three Major Skills and hoping for the best with +2's and +3's, you raise your Minor Skills first. If you gain all 10 Major Skills first, then anything else is shoved aside and is considered wasted. The Minor Skills really don't roll over to the next level, yet they don't tend to carry with the current. Therefore, you raise your Minor skills first. Suppose you have no Personality-related Major Skills, yet you want your Personality raised for the next level. Your options are Speechcraft, Mercantile, and Illusion. Let's assume you don't have the money or the items to use Mercantile, and you don't have enough Magicka or the proper spells to raise Illusion. Then you have one option left, Speechcraft training. Enter the chat-menu and keep playing the game, purposely keeping his/her deposition low. You can blow through ten levels in Speechcraft in just a few minutes. This then grants you the +5 bonus to the Personality for the next level. Next, do your (for our example) Endurance, then Strength and rest. And just like that, +5 Strength, +5 Endurance, and +5 Personality for your next level.

See more discussions >
Retrieved from "https://elderscrolls.fandom.com/wiki/Speechcraft_(Oblivion)?oldid=2828250"
*Disclosure: Some of the links above are affiliate links, meaning, at no additional cost to you, Fandom will earn a commission if you click through and make a purchase. Community content is available under CC-BY-SA unless otherwise noted.