"Stendarr says: Be kind and generous to the people of Tamriel. Protect the weak, heal the sick, and give to the needy."
―Ten Commands: Nine Divines

Stendarr is the God of Righteous Might and Merciful Forbearance.[1] He is the inspiration of magistrates and rulers, the patron of the Imperial Legions and the comfort of the law-abiding citizen. Stendarr has evolved from his Nordic origins into a deity of compassion or sometimes, righteous rule. He is said to have accompanied Tiber Septim in his later years. In early Altmeri legends, Stendarr is the apologist of Men.[2]

The Chapel of Stendarr is located in Chorrol, and, according to legend, the Gauntlets of the Divine Crusader are located there.[3]

In Skyrim, the fanatical Vigilants of Stendarr wander the countryside, looking to distribute justice. On being questioned, Vigilants say that they formed their order after the Oblivion Crisis. Their objective is to eradicate certain undesirables from Nirn, namely necromancers, conjurers, and especially Daedra.[4]

One of their phrases, "May Stendarr have mercy on you, for the Vigil has none to spare," is ironic in light of their service to the god of mercy.[4][5] 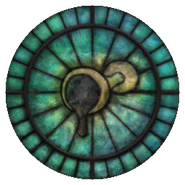 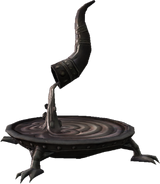 Shrine of Stendarr found in The Elder Scrolls V: Skyrim.
Add a photo to this gallery

See more discussions >
Retrieved from "https://elderscrolls.fandom.com/wiki/Stendarr?oldid=2914432"
*Disclosure: Some of the links above are affiliate links, meaning, at no additional cost to you, Fandom will earn a commission if you click through and make a purchase. Community content is available under CC-BY-SA unless otherwise noted.