00099F39
Summon Unbound Dremora is a Novice-level Conjuration spell in The Elder Scrolls V: Skyrim. Casting it summons an Unbound Dremora which must be defeated before Phinis Gestor allows the Dragonborn to purchase Master-level Conjuration spells, such as Flame Thrall. Note that the Dremora is unbound, and will attack anyone, including the caster. 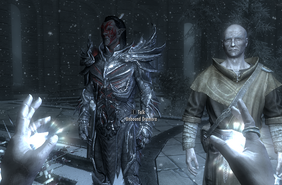 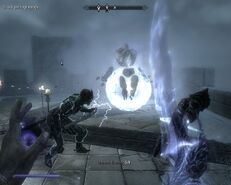 Deutsch Italiano Русский
*Disclosure: Some of the links above are affiliate links, meaning, at no additional cost to you, Fandom will earn a commission if you click through and make a purchase. Community content is available under CC-BY-SA unless otherwise noted.
Advertisement