For other uses, see Crystal Tower.

The Crystal Tower is the eighth quest of the main quest available in The Elder Scrolls Online: Summerset.

I negotiated an alliance of sorts with Clavicus Vile and Mephala. They agreed to help us get into the Crystal Tower—mostly. Once inside, I need to find a way to stop Nocturnal before she uses the tower to remake reality. 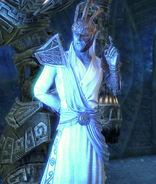 Sotha Sil in the dialogue screen 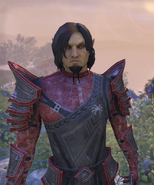 Leythen in the dialogue screen

Valsirenn and Leythen talking in front of their daughter's memorial

Meeting in the Dreaming Cave

Sotha Sil at the Dreaming Cave 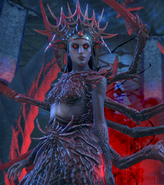 Mephala in the dialogue screen

Dialogue in the dialogue screen

Nocturnal's Champion appearing on the pedestal 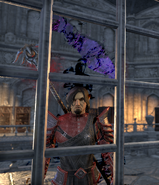 Nocturnal's Champion after fight with the Dawnbreaker

Darien restoring the power of the Dawnbreaker

Nocturnal on the top of the Crystal Tower

Restored the Transparent Law crystal
Add a photo to this gallery

Retrieved from "https://elderscrolls.fandom.com/wiki/The_Crystal_Tower?oldid=3033332"
*Disclosure: Some of the links above are affiliate links, meaning, at no additional cost to you, Fandom will earn a commission if you click through and make a purchase. Community content is available under CC-BY-SA unless otherwise noted.