For the faction, see Blades.

"For centuries, the Blades protected the Dragonborn Emperors. An elite group of fighters, they commanded fear and respect. But the Great War against the Elves ravaged the Empire... The Emperor was forced to sign a costly peace treaty. The Blades were outlawed and disbanded. The Thalmor hunted them down throughout the Empire..."
―Introduction[src]

The Elder Scrolls: Blades is a free-to-play game developed by Bethesda Game Studios that was made playable on iPhone, iPad, and Android devices[4] in early 2019,[8] Beta and Early Access in March and also on PC, consoles, and in VR.[5] Originally set for release on the Nintendo Switch in Fall 2019, Bethesda confirmed in late March 2020 that Blades would be available on the Switch that Spring.[6] Pre-registration was made available from the official site. The game's score was composed by Inon Zur.[9] On March 1st, 2019, Bethesda announced that the game would be entering early access in the spring, preceded by a closed beta for iOS (under NDA).[10][11] Early access for Blades officially began on March 27, 2019.[1] The full version of Blades was released on May 12, 2020, with the release of update 1.7,[12] and made its console debut on the Nintendo Switch on May 14, 2020.[3]

On May 2, 2019, early access was opened to all iOS and Android players, and no longer required a Bethesda.net account.[14]

On May 17, 2019, Bethesda announced additional planned changes to the game, such as to equipment repair costs and difficulty balance changes, as well as new features such as jewelry and additional story content. The version 1.1 update was released on June 9, 2019, also adding dialogue for characters and support for player levels beyond 50.[15]

On May 12, 2020, the game left early access as part of the version 1.7 update. This update also included a set of in-game rewards for players who had been part of the early access period.[12]

Welcome to The Elder Scrolls: Blades!
Your town, burnt to the ground, serves as your main hub. Only you can rebuild it to its former glory.
The townsfolk there have dangerous but vital quests for you, indicated by exclamation points above their heads. Quests move the Blades story along and provide great rewards, so always keep an eye out for them.
Jobs offer even more opportunities to help townsfolk and earn rewards. Your quests and jobs are all listed in the Quests Menu.
You can also dare to brave the Abyss, which challenges you to go as deep as possible. The farther you go, the greater the loot!
The Arena is coming soon. There, you will fight other players in real-time battles for fame and fortune.


All of Blades' game modes provide chests, gold, materials, and more. The Lumber, Limestone, and Copper you earn can be used to rebuild your town and upgrade your shops. Improving your town makes more quests available, and improving your shops lets you make the better items required to complete them.

The Arena game mode contains one-on-one combat against non-player characters and other players online. The Arena unlocks automatically once the player reaches level 5.

The NPC one-on-one combat is available through the Challenges tab and the player is sent into to face their opponent and win special rewards should they defeat the NPC. The level and difficulty of these challenges are based off of the current player level.

The online variant is accessible through the main menu where, once in, the player can equip potions, change their weapon and even choose different emotes before they head into battle. Players battle each other on a "best of three" basis and can only swap out on weapons and armor once a round ends should they wish to do so.

Guilds is a function which allows players to connect with other Blades players and band together in Guilds. They allow for up to 20 players to reside within a Guild where they can trade materials, chat and discuss game strategies, visit other guildmates' Towns and buy from their merchants and even view the Towns of the highest Guilds and Guildmembers on the Leaderboard.

and is separated into five regions: 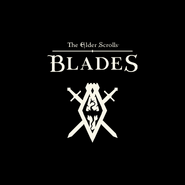