For the ESO expansion, see The Elder Scrolls Online: Morrowind.

The Elder Scrolls III: Morrowind is the third chapter in The Elder Scrolls series of role-playing games (RPG) developed and published by Bethesda Softworks. It is set in and around the province of Morrowind, in particular the island of Vvardenfell. It has two expansion packs, Tribunal (2002) and Bloodmoon (2003).

"In the waning years of the Third Era of Tamriel, a prisoner born on a certain day to uncertain parents was sent under guard, without explanation, to Morrowind, ignorant of the role he was to play in that nation's history..."

In the opening cinematic scene Azura explains to the dreaming Nerevarine that they have been taken from the Imperial City's prison to Morrowind. Azura gives only a reassurance, with no explanation as to why you have been chosen or even for what exactly you've been chosen. As this scene is playing out there are runes scrolling faintly in the background and as Azura finishes speaking one line becomes readable."Many fall, but one remains."

The next voice heard is that of a concerned Dunmer prisoner named Jiub who wakes you from the dream and asks for your name. This is where the character creation begins and the game opens up. Once freed, the game world becomes an incredibly interactive environment filled with opportunities for fun and adventure. Even though the main quest centers on the player being the Nerevarine of prophecy, it is an open-play style role-playing game, meaning you can do what you want and be who you wish. Prowl the streets as a nimble thief picking pockets and fencing ill-gotten treasure, join the Mages Guild and rise to the rank of Arch-Mage, be an assassin stalking targets in the shadows, become a noble member of one of the Great Houses, and even explore "life" as a vampire or a werewolf.

"Each event is preceded by Prophecy. But without the hero, there is no Event."
―Zurin Arctus, the Underking

There are thirteen birthsigns to choose from in Morrowind to have the hero be born under, each with its own special abilities and sometimes spells.

They are divided into three categories: Charges, Guardians, and the Serpent, which stands alone.

There are ten distinct races that you can choose for your character to be born as. These races are broken up into three different categories: Men, Mer, and Beast Races.

Beast Races cannot wear shoes, boots or full helmets; specializing in Heavy Armor is not for them.

When building a character, skills are assigned as being major, miscellaneous, and minor. Raising major skills and minor skills, by doing the activity, levels up the character. Ten points increase in major skills levels one up by one level.

The Game of the Year cover.

The title screen without the menu options displayed.

The autorun loader screen with both official game expansions shown.

The introduction text displayed after the quote when starting a new game. 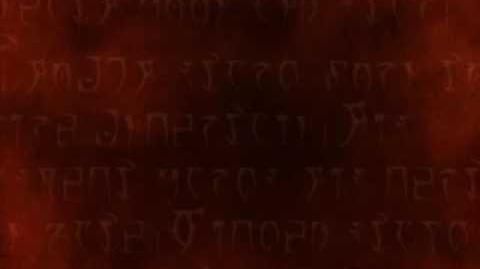 The Elder Scrolls III - Morrowind Trailer
Morrowind trailer.
Беларуская Čeština Deutsch Español Suomi Français Bahasa Indonesia Íslenska Italiano 日本語 Nederlands Norsk Polski Português Русский Українська 中文
*Disclosure: Some of the links above are affiliate links, meaning, at no additional cost to you, Fandom will earn a commission if you click through and make a purchase. Community content is available under CC-BY-SA unless otherwise noted.
Advertisement