For the location, see Orsinium (Online).

"Orsinium, ESOTU's largest DLC game pack to date, features a colossal new zone with over 20 hours of story content, a new single-player monster arena, new public dungeons, and much more! The latest DLC game pack for the award-winning The Elder Scrolls Online: Tamriel Unlimited takes you to the mountains of Wrothgar, and to the Orc capital itself, to unravel plots and counter-plots, and clash with all-new enemies and allies."
―Official Announcement 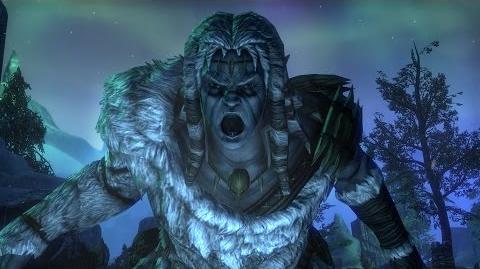 "Ever the Orcs Will Rise Again" promotional image

One of the new armor sets from the DLC

A Statue of Malacath in Wrothgar

Беларуская Deutsch Español Français Italiano Polski Русский Українська
*Disclosure: Some of the links above are affiliate links, meaning, at no additional cost to you, Fandom will earn a commission if you click through and make a purchase. Community content is available under CC-BY-SA unless otherwise noted.
Advertisement