For other uses, see Summerset.

"For the first time in history, the long-closed borders of Summerset are open to foreigners by decree of Queen Ayrenn. But darkness looms over the ancestral home of the High Elves, and whispers stir of Daedric followers organizing in the shadows. Rally your allies, brave champions. Summerset awaits."
―Official description

The Elder Scrolls Online: Summerset is the second chapter for The Elder Scrolls Online. It was released on May 21, 2018 for PC and Mac and on June 5, 2018 for PlayStation 4 and Xbox One. This expansion takes place on the main isle of Summerset and the hidden island of Artaeum in the Summerset Isles.[2][3] This expansion can only be purchased with real-world currency, not crowns, and will not be available to ESO Plus members automatically. Players who pre-purchased the game also gained access to the Nightmare Senche Mount available for use. It was released on ZeniMax's Public Test Server on April 16, 2018.[1]

The Collector's Edition of The Elder Scrolls Online: Summerset comes with:

The in-game features include:

During an interview with the UESP, Matt Firor stated the following about the reasoning behind the aesthetic choices made during the expansion's development:

"Yeah, so if you think of Morrowind versus Summerset, we didn't really figure this out that we were going there, but subconsciously we were. Morrowind is in the northeast part of the map, it's dark elves, it's alien, it's different. Summerset is like the 180 degree difference: in the southwest, it's high fantasy, it's bright and happy – at least on the surface. So the mood is all, it's just different. I'm not going to say it looks like a different game, but it feels really really different if you've had a chance to play it. You'll see – everything is bright and happy, at least until you dig under the surface a few inches and then it all goes to hell."[4]

He had a similar answer when interviewed by the Elder Scrolls Portal:

"Great questions. So, when we did morrowind, Vvardenfell was in the north-east, right? And we wanted to do the opposite of Vvardenfell. Summerset is in the south-west, so it's the exact opposite. And Vvardenfell is alien, and dark and crazy and weird and alien and we wanted to do 180° so we made it high fantasy, very visually appealing, very much high fantasy vs. alien. That's why. And it's cool."[5] 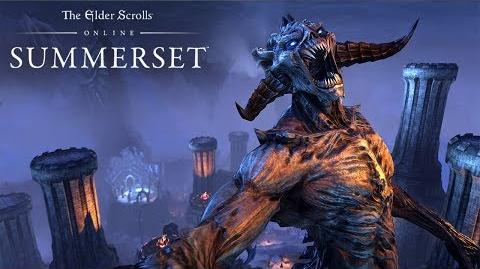 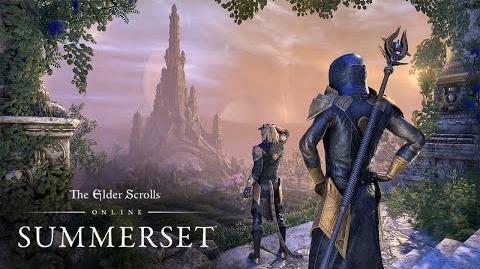 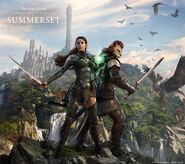 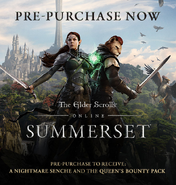 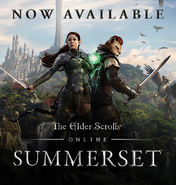 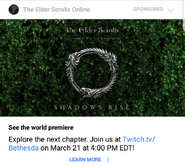 Promotional ad for the upcoming Chapter with the tagline "Shadows Rise" 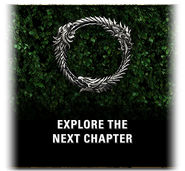 Map of the island

Scrying with the Psijic Monks

Беларуская Deutsch Español Français Italiano Polski Português Русский
*Disclosure: Some of the links above are affiliate links, meaning, at no additional cost to you, Fandom will earn a commission if you click through and make a purchase. Community content is available under CC-BY-SA unless otherwise noted.
Advertisement