On August 19, 2021, Bethesda announced that Special Edition owners would be given free Creation Club mods and other perks accompanying a purchaseconfirmation needed of the Anniversary Edition, which is set for release on November 11, 2021.[5]

Several graphical features of Skyrim were enhanced with the Special Edition, as follows:[6]

The Special Edition also offers native 4K support for both PC and the PS4 Pro.[7]

In September 2016, Bethesda announced that Sony had blocked user-created mods from coming to the PS4 version of the game.[8] However, in October 2016, they stated that Sony had rescinded their block and would allow the usage of player-made mods in the game, and explained the process by which players could create mods on console:[7]

Mods on PlayStation 4 will allow you to modify and create your own content by using our Creation Kit available here. You will not be able to upload external assets with your PlayStation 4 mods, but you will be able to use any assets that come with the game, as most mods do. By creating a Bethesda.net account, you’ll be able to browse and try mods right from within the game.[7]

Bethesda employee Matt Grandstaff stated on Twitter that the Special Edition would be 64-bit.[9] The Special Edition is also the first game in the series to offer use of the Creation Club to purchase mods licensed by Bethesda.[10]

The Special Edition did indeed offer slight graphical improvements over the original game, as demonstrated by PC Gamer.[11] As of October 29th, 2016, the game has a 60% ("Mixed") rating on Steam. Many reviewers stated that the game did not perform well on their systems.[12]

On October 28th, 2016, a post on /r/skyrimmods on reddit indicated that the Special Edition's audio quality was noticeably worse than in the original.[13] Several online gaming journals also cited this post in articles of their own.[14][15] Bethesda has since confirmed that they are looking to fix this issue by the following week.[16]

The following are the official system requirements for the Skyrim – Special Edition:[6] 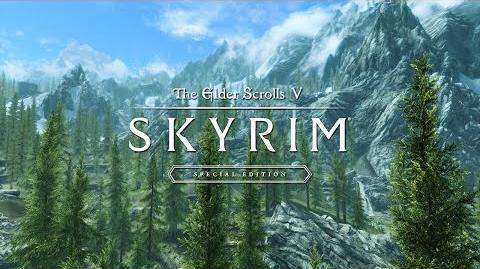 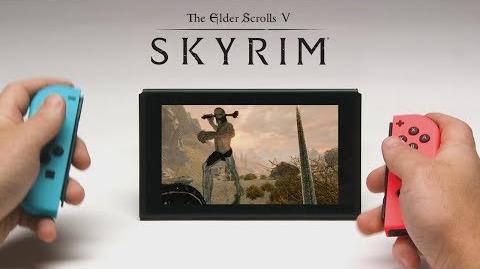 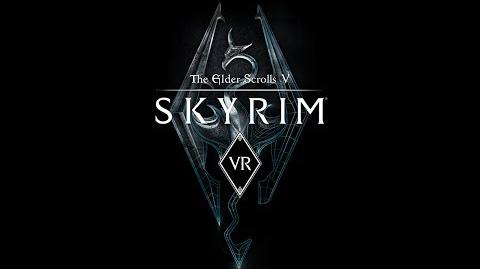 The autorun launcher for the Special Edition.

Box Art for each platform

Deutsch Italiano Polski ไทย
*Disclosure: Some of the links above are affiliate links, meaning, at no additional cost to you, Fandom will earn a commission if you click through and make a purchase. Community content is available under CC-BY-SA unless otherwise noted.
Advertisement