Third Era
The Lhotunics, or simply Lhotunic is a political party of the province of Hammerfell. The Lhotunics are the third party of Hammerfell, one that represents the middleground between the traditional groups, the Crowns and the Forebears. The Lhotunics' philosophy has respected for the Imperial Law, all the while holding reverence for their Yokudan heritage.[1]

The Lhotunics were established sometime after 3E 417 by the leader of Sentinel, King Lhotun, who had inherited the throne from his mother, Akorithi. Because of the events that transpired in the Warp in the West, the Kingdom of Sentinel had claimed the various nations across the southern Iliac Bay, who are, for the most part, affiliated with the Crowns, while Sentinel was associated with the Forebears. In order to bring stability in his domain, King Lhotun established the Lhotunic party, to which the traditional factions did not take lightly. Queen Clavilla of Taneth had attempted to revoke independent guild charters from Sentinel, as worship of Satakal was seen as heresy in the eyes of the Third Empire. All the while, the True Crowns of Elinhir, organized by Ayaan-si waged war with the Kingdom of Sentinel, which continued in 3E 432.[1] 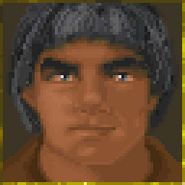 Sentinel is where the Lhotunic party comes from.
Add a photo to this gallery

Retrieved from "https://elderscrolls.fandom.com/wiki/The_Lhotunics?oldid=3079996"
*Disclosure: Some of the links above are affiliate links, meaning, at no additional cost to you, Fandom will earn a commission if you click through and make a purchase. Community content is available under CC-BY-SA unless otherwise noted.