The Fall of the Dark Brotherhood

Uses: Unlimited
Activate: Summon a 0/1 Target with Guard for your opponent.
Once 20 enemy creatures have died, deal 20 damage to your opponent, gain 20 health, and draw up to 10 cards.

For other uses, see Night Mother.

The Night Mother is a support card in The Elder Scrolls: Legends that is a part of The Fall of the Dark Brotherhood expansion. 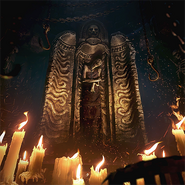 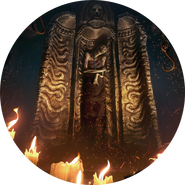 Retrieved from "https://elderscrolls.fandom.com/wiki/The_Night_Mother?oldid=3116761"
*Disclosure: Some of the links above are affiliate links, meaning, at no additional cost to you, Fandom will earn a commission if you click through and make a purchase. Community content is available under CC-BY-SA unless otherwise noted.