"A Khajiit named Kesh has offered to help me commune with Peryite. He asked me to acquire a deathbell flower, flawless ruby, silver ingot and some vampire dust."
―The Dragonborn

Click here for a video tutorial on how to complete this quest.

Given at the Shrine to Peryite by a Khajiit named Kesh. He tells the player to speak to Peryite, they must:

Collecting the ruby is by far the hardest part of the initial task. There are a few methods you can try in order to get one for this quest.

Once you have gathered the necessary ingredients, return to the shrine and inhale the fumes to speak with Peryite. He will give you a task to kill his current overseer Orchendor that​ has forgot about his duty. He will also state that you will replace Orchendor as his new champion. Orchendor is a mage (fire/ice) who resides in Dwemer underground fortress called Bthardamz. It will be quite a challenge to find him there, because Bthardamz consists of a few levels and areas filled with Afflicted (minions of Peryite that Orchendor guides) and Dwemer Automatons. Try to follow the quest marker and check the local map often so you can keep an eye of your destination and eventually you will find your target. Assassinate Orchendor, gather his valuables and loot and be gone using the special dwemer lift. When you return to Peryite he will reward you with the Spellbreaker. A detailed walkthough is available here

Update: You can fix this by killing Kesh, taking the ingredients, and activating the cauldron yourself.

Location of the shrine of Peryite 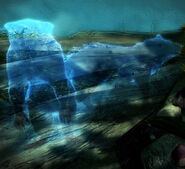 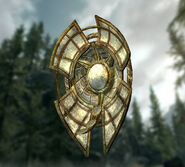 The quest reward Spellbreaker
Add a photo to this gallery

Start a Discussion Discussions about The Only Cure

See more discussions >
Retrieved from "https://elderscrolls.fandom.com/wiki/The_Only_Cure?oldid=346000"
*Disclosure: Some of the links above are affiliate links, meaning, at no additional cost to you, Fandom will earn a commission if you click through and make a purchase. Community content is available under CC-BY-SA unless otherwise noted.