The Path of the Incarnate

Mehra Milo and the Lost Prophecies

"The eye of the needle lies in the teeth of the wind.
The mouth of the cave lies in the skin of the pearl.
The dream is the door and the star is the key."
―Wisdom's Test[src]

After the departure of Caius Cosades for the Imperial City during the previous quest, the Nerevarine must return to the Urshilaku Camp to continue the Main Quest. Once there, as Cosades instructed, the Hero must speak to Nibani Maesa about the Lost Prophecies, which they received from Gilvas Barelo. She will consult with her ancestors in her dreams, requesting that the Nerevarine return after the moon has come and gone.

The next day, after conversing with her ancestors, Nibani now believes that the Hero is the reincarnated Nerevarine, and tasks them to fulfill the Seven Trials (two of which have already been completed). She then advises to seek the counsel of Ashkhan Sul-Matuul.

After speaking with Sul-Matuul, the Nerevarine is sent on a task to prove themselves a warrior. The task requires of the Hero to obtain three items from the Sixth House stronghold Kogoruhn: a Corprus Weepings, a House Dagoth cup and the Shadow Shield. This test will fulfill the Second Trial, which states that the Nerevarine is immune to Corprus and all other Diseases.

Kogoruhn itself can be found to the south east of the Camp. The stronghold has many areas, but only four are accessible from the exterior, two of which contain the Dagoth cup, and the Weepings. However, the Shadow Shield lies deep within the underground tunnels of Kogoruhn.

The Corprus Weepings and the House Dagoth cup can easily be found in the Dome of Pollock's Eve. The Shield is located in the Bleeding Heart caverns, under Kogoruhn. The whole area is guarded by many Dagoths and Ash Creatures. After retrieving the shield, the Nerevarine must return to Sul-Matuul to complete the task.

Sul-Matuul is surprised by the Nerevarine's return, although, true to his word, he informs the Nerevarine of the Third Trial. The Third Vision, which corresponds to the Third Trial, states that "In caverns dark Azura's eye sees/and makes to shine like the moon and star". Sul-Matuul explains that the Nerevarine must travel to the Cavern of the Incarnate to speak with the Daedric Prince Azura, although he does not reveal the location of the cave.

The Nerevarine must first solve the riddle to find the location of the hidden Cavern. This can be done by speaking with various members of the Ashlanders in the Urshilaku Camp. Once the riddle has been solved the Nerevarine will journey to the Cavern.

Cavern of the Incarnate[edit | edit source]

The Cavern of the Incarnate can be found by first travelling to Falasmaryon, before heading towards the Daedric shrine of Zergonipal. Near the Daedric shrine, to the south, a path that leads through a Valley can be found. The entrance is marked by two large pointed rocks on each side of the valley. These rocks are known as Airan's Teeth, which are referred to, in the riddle, as the "teeth of the wind." The Nerevarine must proceed down that valley, which winds around at the end. The final parts of the riddle refer to the enchantment that hides the Cavern's entrance, which only opens at dawn (6–8 AM) or dusk (6–8 PM), when Azura's star is visible in the sky.

Upon entering the Cavern, the Nerevarine will pick up the Moon-and-Star from the hands of Azura's statue. This causes visions as the voice of Azura is heard:

"Nerevar Reborn: Incarnate. Your first three trials are finished. Now, two new trials lie before you: seek the Ashlander Ashkhans and the Great House Councillors. Four Tribes must name you Nerevarine. Three houses must name you Hortator. My servant, Nibani Maesa shall be your guide. And when you are Hortator, and Nerevarine, and when you have stood before the false gods and freed the heart]] from its prison, heal my people and restore Morrowind. Do this for me, and with my blessing."
―Azura[src]


Thus, the Nerevarine, with Azura's blessing, must now be declared as the Hortator of each of the Three Great Houses of Vvardenfell and the Nerevarine of the four Ashlander Tribes. After the visions, the former Nerevarine's ghosts will appear, and each of them will offer gifts to the Hero, if they are spoken to.

The Nerevarine will then, return to Sul-Matuul and Nibani Maesa, in the Urshilaku Camp, to inform them of Azura's task. Nibani will provide further guidance to the Hero.

Completing this quest begins the Persecution of the Nerevarine and Public Notices will start to appear in various places.

(Optional) Gifts from the former Nerevarines: 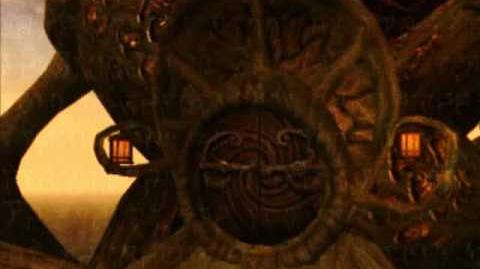 Retrieved from "https://elderscrolls.fandom.com/wiki/The_Path_of_the_Incarnate?oldid=3099600"
*Disclosure: Some of the links above are affiliate links, meaning, at no additional cost to you, Fandom will earn a commission if you click through and make a purchase. Community content is available under CC-BY-SA unless otherwise noted.