For other uses, see Trolls.

"Trolls can be found in any region throughout Skyrim, both deep underground or wandering the wilds."
―The Elder Scrolls V: Skyrim - Loading Screen

Trolls are large, hairy, ape-like creatures with sharp fangs, claws and long, powerful arms. These creatures have three beady black eyes, their skulls being easily recognized by their three eye sockets. Commonly found in forests, such as the Rift, trolls also inhabit caves, ruins, and mountains. While they are not very intelligent, Trolls compensate with tough physical prowess and the ability to regenerate health, which makes them very hard to kill at lower levels. Many trolls may display a weakness to fire damage, spells, weapon enchantments and poisons that deal fire damage or raise susceptibility to fire damage.

The large armored trolls are fierce animal companions. The Dawnguard use these trolls to fight vampires. An armored troll can be bought from Gunmar for 500

Frost trolls are larger in size than those found in Cyrodiil, but are much slower as well. Frost Trolls are considerably stronger than regular Trolls, and are tough adversaries.

Trolls are weak to fire damage and resistant to frost damage. Trolls should be taken out as fast as possible as a prolonged battle will allow them to heal their wounds.[1]

The Udefrykte is a unique Troll found during the Dark Brotherhood quest, "The Cure for Madness", at the Dawnstar Sanctuary in an ice cave. 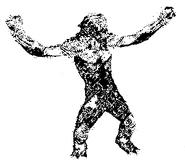