Tarsus was born in Morrowind to two Bretons who died when he was young. He grew up in Tel Vos with the Telvanni mages. He saw the wonders of their magic and desired to be a powerful mage one day. In his early life he trained with various Telvanni, until he became good enough to train with Master Aryon (Morrowind) himself. He practiced the mage's arts every day, and studied ancient things under master Aryon. He was so good that in simply 20 years, he surpassed master Aryon who had been mastering the arcane arts for thousands of years. He then toured Tamriel going to all corners of the continent searching for those to teach him. He trained with a few masters across the land and surpassed them all. Now knowing all known sorceries in Tamriel, including that of the fabled Psijic Order, he went back to Tel Vos to study.

On his journeys he learned of Shalidor, one of the greatest mages to ever live. To this point he had avoided all necromancy, seeing it as vile and dark; however, he decided to use it just this once to speak to Shalidor. This was behind locked doors in his chainbers, so no one observed this conversation. He remained in this chainber for a year, not coming out once. One day he emerged from his chainber; he had a great white beard, and seemed more powerful, almost like his magicka could be felt in an aura around him. After his talk with Shalidor, he headed to Atmora, the land of ice.
No one saw him again for decades, although the occasional sailor saw great walls of fire to the north, or enormous storms of immense power. Over the years Tarsus became a story; "the mage of the north" they called him. This story soon became a ledgend, and that ledgend then became a myth. But towards the end of the Third era, some ventured to prove this myth. A team of sailors voyaged due north to Atmora. As they approached the icy continent, a great lightning storm gathered around them, almost from clear day. Amidst the storm they saw a figure atop the jutting iceberg on the shore. He was holding a staff to the heavens; it seemed that he was the cause of the storm. "I am Tarsus: wise mage of the north" came a thundering voice. The men were now terribly afraid of this man, beholding his great power. " I am Tarsus, do not be afraid; if you come bearing peace, I have no quarrel with you." the ancient wizard thundered. The sailors, despite the response of peace turned round and headed south. But the sailors found themselves suddenly on the shore seeing their ship afloat on the horizon. "Why be you here?" said the mage in a now less intimidating voice. The sailors responded weakly," We simply wanted to meet the mage of the north." "Here I am, what say you?" inquired the ancient. But in that moment a great flash of orange came to their left. It was a great gate of orange, emitting an almost evil aura. From it poured grotesque and fierce monsters of all sizes.
It seemed like an army spawned forth from the gate; monster came after monster, abomination after abomination. The sailors shuddered in fear not to expect any protection, they thought they were doomed to die. But the wizard summoned up around him a wall of flame and frost, and pushed it forward with a mere gesture of his hand. The monsters were vaporized completely, as if they had never existed. The gate however, was unscathed. The great mage then cast a swarm of purple ether: it spiraled about in the direction of the gate. A great flash of white light emitted on contact between the gate and the ether. When the light dissipated, the gate was gone, and in its place was an orb of swirling purple: a fabled Sigil Stone (Oblivion). The wizard walked towards it. The sailors expected some grand sorcery to happen, but the ancient simply picked it up and put it in his bag. The wizard must have had nothing more to say, as the sailors found themselves back on their ship heading for Solitude. The sailors told their story everywhere they went of the wizard of the north. Many believed them, but many did not. He was still a myth.
Some 200 years later from this ordeal back in Atmora, Tarsus was doing his daily reading. He read of the Greybeards in the book Jorunn the Skald-King (Book). Strangely, he knew nothing about them. He was surprised, as virtually nothing escaped his mastery of magic, but this group somehow did. This was rare, as Tarsus was the closest thing to being omniscient in terms of sorcery. He immediately gathered his things and headed to Skyrim for information. He flew directly to Solitude where he inquired about the Greybeards. He got strange looks and no replies. His perfect condition millennia-old Telvanni robes would certainly draw attention. Eventually he found an Argonian who was both willing to talk to him and had a brother in Ivarstead who knew something. He found the Argonian's brother in Ivarstead who told him of High Hrothgar. Tarsus floated to the top of the world without any effort (or stair climbing). There he met Arngeir and inquired about their sorcery. Arngeir replied by saying that it was no magic, but simply the voice: the Thu'um. Tarsus was eager to learn the Thu'um and began training under Arngeir in the way of the voice. Tarsus found this particularly difficult however, as the power came from words, not magicka. He did eventually master it however, and became fluent in it. He had mastered the Thu'um.
Almost as if to test his new power, a Dragon, one of which hadn't been seen for eras, had appeared on the horizon; it was heading straight for Tarsus. He threw some fireballs at it, but they had little effect. He tried more powerful magic on it, however the powerful dragon was untouched. He then uttered three sole words which tore the dragon from the sky and crashed it into the ground. Those words were Fus Ro and Dah. Arngeir expressed that he had not seen a Thu'um more powerful than the one he had just observed. Unrelenting force was a powerful tool, but no mere man could bring down a dragon with it. Now seeing the dead dragon on the ground Tarsus wondered where it came from, as dragons had not been seen for many a millennia. He cast a recall spell at it and sent it to his laboratory in Atmora. Now having mastered the Thu'um in Skyrim he moved back to Atmora to further study the world and magic. He disappeared back into the realm of myth and mystery. 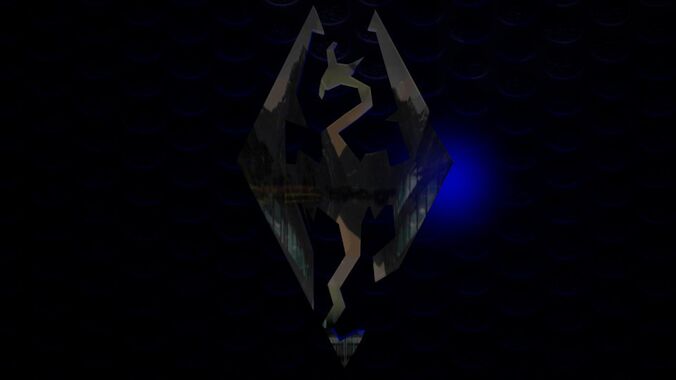 Good Quotes:
Were watching you...scum.
-Ordinator (Morrowind)
I used to be an adventurer like you, then I took an arrow to the knee.
-Hold Guard
I could have gone into that sanctuary, wiped out all those brotherhood types, but I was...sick that day.
-Hold Guard
Be kind and generous to the people of Tamriel. Protect the weak, heal the sick, and give to the needy.
-Stendarr
Know the truth. Observe the law. When in doubt, seek wisdom from the wise.
-Julianos
Above all else, be good to one another.
-Nine Divines
Always strive to make your posts interesting and unique.
-User:Atvelonis
What you learn here will last you a lifetime. Several if you're talented.
-Savos Aren
We all have a legacy here.
-User:Angvard
Once again, the Elder Scrolls have proven their value.
-Dexion Evicus
Insolent Bard. Die!
-Olaf One-Eye
Nationwide is not on your side, it's been proven.
-User:CobaltJack
You'd better do what they say
-Jiub
Ahh yes we've been expecting you...
-Socucius Ergalla
This lock has nothing to fear from you
-Daggerfall door
Halt!...Halt!...Halt!...Halt!...Halt!...Halt!...Halt!...Halt!...Halt!...Halt!
-City Guard (Daggerfall)
Fus Ro Dah!
-Last Dragonborn
You never should have come here!
-Bandits (Skyrim) after coming to Lakeview
Alchemy is simple. Unless, of course, you are simple. Then I can't help you.
-Nurelion
Gzalzi vaberzarita maaszi
-Khajiti saying
Be careful, Sheogorath is not to be taken lightly
-Arch-Mage Shalidor
Ahh my favorite customer!
-Ongar the World-Weary
Most would be done after they're hit with a few arrows, not me. I'll always be an adventurer.
-User:Adventurer-like-you
M'aiq is done talking.
-M'aiq the Liar 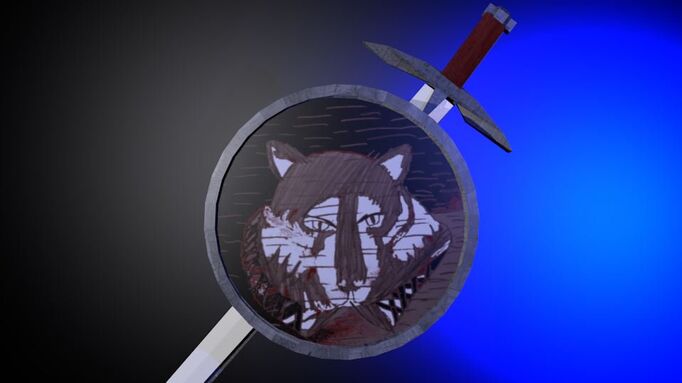 Retrieved from "https://elderscrolls.fandom.com/wiki/User:Adventurer-like-you?oldid=3090494"
*Disclosure: Some of the links above are affiliate links, meaning, at no additional cost to you, Fandom will earn a commission if you click through and make a purchase. Community content is available under CC-BY-SA unless otherwise noted.