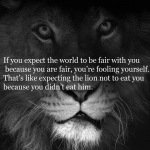 They [the Muslims] were treated kindly, and they were protected, even against the Franks. Because of that, they had great love for king Roger.
-Ibn al-Athir

This account has been named after my first character in Skyrim; a male Redguard and One-Handed "Paladin"-style build, who rose to become the fiercest champion of the Stormcloak uprising before being discovered as the blessed of Akatosh, the Dragonborn of legend, and the embodiment of the Divine Will. Before learning about his destiny, Arshudar acted on the knowledge that one of the worst evils in the world takes the form of Imperialism illegally occupying a land and oppressing its religion and culture, while intentionally turning its people against one another.

Given that his player has roots in the great culture of Iraq in real life, Arshudar's views on such issues closely mirror my own. If you feel sympathy for the Thalmor or the policies of the Mede Empire, do not expect me to feel sympathy for you.

Retrieved from "https://elderscrolls.fandom.com/wiki/User:Arshudar_Al-Muhdarin?oldid=2085481"
*Disclosure: Some of the links above are affiliate links, meaning, at no additional cost to you, Fandom will earn a commission if you click through and make a purchase. Community content is available under CC-BY-SA unless otherwise noted.