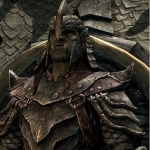 I have been playing elder scrolls games since Morrowind, I remember purchasing it for my computer and It wouldnt run so I had to buy an xbox just to play it. I have played everyone since and I have become progressively more involved in the lore ever since.

The general lore of elder scrolls is a passion of mine, and if you have any questions feel free to ask me. I have now been named a forum moderator and I will be particularly watching the lore forums for people looking for general guidance.

I have also written several lore articles, there are many needing a complete overhaul

Retrieved from "https://elderscrolls.fandom.com/wiki/User:Banneram?oldid=2208990"
*Disclosure: Some of the links above are affiliate links, meaning, at no additional cost to you, Fandom will earn a commission if you click through and make a purchase. Community content is available under CC-BY-SA unless otherwise noted.