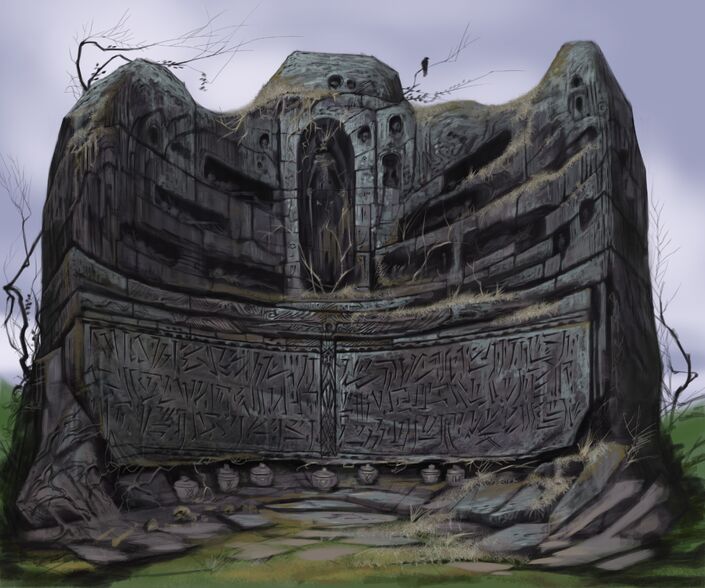 Plays as a duel-wielding crazy Nord with a shouting chicken companion thanks to PC mods.

Cured Serana, joined the Dawnguard and rid Skyrim of the Volkihar Clan.

Hired Brelyna Maryon and Erik the Slayer as Stewards, married Vilkas and adopted Sofie and Alesan.

First TES title I played was Skyrim, and experienced a reaction that seems fairly common to those who played Skyrim- was instantly hooked. I've since played ESO and Oblivion, as well as having read up a lot on each game's lore, and general TES universe lore. I absolutely adore the depth of lore that is found in TES and it, along with Skyrim's gameplay, is what captured me. I'm a real nutter for this series, and have even learned to speak some Dovahzul along the way. If I had been given the choice, I would have sided with Alduin and re-started the Dragon Cult. In real life, I have my own Volsung priest mask, battlemage leather bracers, a Ring of Hircine and an Amulet of Talos. Skyrim Favourites

Arudor the Nord is my ideal character in Skyrim, and for whom I've created a full story for. Her father died when he left for guard duty one day, and her mother died during a bandit raid on their house while Arudor was out in the nearby forest collecting food. Ever since she was a child, she adored watching how the moon shone on High Hrothgar, and dreamed of going to train with them when the villagers told her that they occasionally took in apprentices. After being made an orphan, she decided to fulfil this dream and went to train, running into Ulfric Stormcloak along the way as he was going for training as well.

They went their own ways when Ulfric chose to fight in the War, with Arudor going to the College of Winterhold to hone her magical abilities, something Arngeir said she had a particular talent for. When the War was over, she came back home to Windhelm, where Ulfric had previously granted her residence for, and met again with her childhood friend. Since then, they have been inseparable and once the Civil War and Alduin's reign was rested, the two eventually got married.

Along the way, Arudor joined the Dawnguard and disposed of the Volkihar Clan, destroyed the Dark Brotherhood and the Thieves Guild and rid Skyrim of Miraak and the Blade's presence. While dragons call her a friend, they still hold high respects for her and will gladly assist in battles when asked. In the meanwhile, Arudor acts as an ambassador towards maintaining peaceful relations between man/mer and Dovah as a modern day Dragon Priest.

Retrieved from "https://elderscrolls.fandom.com/wiki/User:Bluesonic1?oldid=3114842"
*Disclosure: Some of the links above are affiliate links, meaning, at no additional cost to you, Fandom will earn a commission if you click through and make a purchase. Community content is available under CC-BY-SA unless otherwise noted.