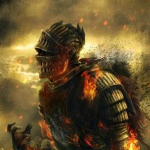 "Now, see, this is why I employ sorcery. No one ever questions sorcery."
―Yours Truly

"There's a place in your mind where everything is just alright. I wish I could go there."
―Minako Kagashima

"You're confusing. One moment, you're healing a tree that can save lives, and the other you're hanging the naked corpses of soldiers with their tongues pulled out of their sliced-off throats."
―Tehpwner7067

Retrieved from "https://elderscrolls.fandom.com/wiki/User:CynicalEarth?oldid=1619254"
*Disclosure: Some of the links above are affiliate links, meaning, at no additional cost to you, Fandom will earn a commission if you click through and make a purchase. Community content is available under CC-BY-SA unless otherwise noted.