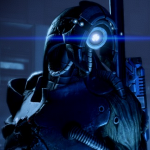 Just over one year ago, I joined the Elder Scrolls Wikia. At first, my activities were minor. Editing a few articles here, posting to a few forum threads there. But as time passed, I began seeing the deeper levels of lore, stories, and interesting facts about the Elder Scrolls series that I hadn't otherwise known. The times I remember the most were the moments when I had regularly participated in threads on the Lore forum. I remember constantly debating, almost arguing, with other users over the authenticity of some of the lore stated, based on the source. They were some of the most frustrating moments of my experiences here. They were also the ones that made me appreciate this wikia the most. Despite whether I agreed with other users on their takes of the Elder Scrolls lore or not, simply the fact that lore was being treated so seriously at all was refreshing. I do not know if those particular users remember our debates, but I will always appreciate having participated in them.

As time went on, I started my own projects, very few of which went anywhere, unfortunately. Although I enjoyed being a part of the Roleplay threads that I had either started or joined, I never had the desire to see them through to completion. Still, I think what is important is having participated at all, and having fun. To me, that's what roleplays are all about.

A few people may recall that I had started the One-Word Story threads, and that they lasted for almost a year. The heyday of these threads were some of the best moments of my time here, but they were short lived. Tragically, near the end, managing the One-Word Story threads began feeling more like a chore than an enjoyment. Alot of the original posters that had made it fun had stopped posting. It's painful to admit, but the threads had started to become the same repetitive content, and many new posters did not take the necessary time to familiarize themselves with the rules of the thread. I'm sorry to see it become what it has, but I am not sorry for leaving it at this point.

Overall, my time here has been great. However, my best times were eariler on. Lately, this wikia has undergone some startling changes. It is not the same one I joined, in the worst kind of way. As time went on, I began to see members of staff turn against eachother. Several members had begun calling for the removal of members. Some like to say it was all based around removing corruption from the staff. I saw that, to a degree. I also saw personal vendettas, staff members turning against eachother for the most petty of reasons. I have never been in the wikia chatroom, and after seeing some of the screenshots from it, I can say that I am glad. It is unfortunate that the same behavior eventually found its way out into the forums. I've seen some otherwise good people leave this wikia for these reasons. I won't name any of these people, good or bad. But if you've been around as long as I had, I'm sure you know exactly who I'm refering to anyway.

The change in the community's tone is the largest reason I am leaving, but it is not the only one. Over time, the interesting topics in the Lore and Skyrim forums had dried up, and were beginning to see the same topics brought up over and over and over. I found myself remaining mostly to the Roleplay and Off Topic boards. I'd thought the worst was over when the concensus for moving the RP forum had recieved an overwhelming amount of opposition. Honestly, I am not sure why the Hub Compromise recieved such support, considering it ultimately removes most of the RP forum traffic from this wikia anyway. Those who have seen my comments in the thread itself know my stance on this already. As I see that most of my activity on the Roleplay board will be removed anyway, I don't see the point in returning to this wikia for any purposes relevant to RP.

With the community as it is, and the advanced limitations on the Roleplay board, I see little point in remaining here. But on top of all that, I've simply become melancholy with the wikia in general. I was hoping the release of Elder Scrolls Online would have gone over better here. But there is so little activity in the Online discussion board at all. Half the time, it seems the new topics are just mistakingly put there, and needing to be moved over to one of the other appropriate boards. It is truly disappointing.

Perhaps in a few years things will change. Maybe when Elder Scrolls 6 comes out things might be different and I will return. But otherwise, I see little reason in returning. I will not forget the good times I've spent here, which makes it all the worst knowing that those times are over.

Retrieved from "https://elderscrolls.fandom.com/wiki/User:Dark_Jeto?oldid=1731130"
Community content is available under CC-BY-SA unless otherwise noted.