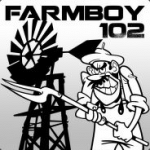 Now I will tell you everything I know. This is my Story.Edit

All of Skyrim knows me as Burdok Windcaller. I am a 36 year old Alchemist and I am a Breton. One day I was collecting ingredients close to the border, I just found a bee hive when I heard an imperial soldier telling me to get on the ground. Before I could do anything I was surrounded by four of them. They tied me up and loaded me on a carriage to Helgen. I could never imagine what was awaiting me at Helgen. Halfway through the trip to Helgen I realized I was sharing the carriage with Ulfric Stormcloak the Jarl of Windhelm. He was wanted for murdering the High King. I still believe he did what he had to do to defend Skyrim. He is a true Nord hero in my eyes. Hail Jarl Ulfric.

When we arrived at Helgen we were lined up for the chopping block. One stormcloak soldier was executed then I was called up. I've never been so scared in my life. If I have to die I at least want to die with Honour not by getting my head chopped off for catching a few bees in the forest. I had no opportunity or way to defend or explain myself. On This day I saw the true face of the imperials and I wonder, how many innocent men and women were killed by the imperials and how many more will fall after me?

As I laid my head down trembling with fear I prayed for a miracle, sweat pouring down my face, the executioners axe ready to strike, then... just before my death, there it was, a Dragon. I cannot in words describe how my already awakened fear grew even stronger staring in the eyes of this mighty beast. I have killed many bears and sabre cats even mammoths in my life but never have a met a beast like this. I thought it was just legend but here legend became truth in front of my own two eyes. TO BE CONTINUED...

Retrieved from "https://elderscrolls.fandom.com/wiki/User:Farmboy102?oldid=540804"
*Disclosure: Some of the links above are affiliate links, meaning, at no additional cost to you, Fandom will earn a commission if you click through and make a purchase. Community content is available under CC-BY-SA unless otherwise noted.