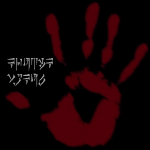 I have played The Elder Scrolls for about a year now, and it has really struck me as a interesting and complex game. I like the open world gameplay and the multiple quest I can embark on. I have only played for a year, so I do not have as much experience as the series veterans who have been with it since Arena. I have Skyrim and Oblivion and have played through both of them I am still in the process of playing Morrowind and its expansion.. I would like to further my knowledge on everything Elder Scrolls and that is why I have decided to join this website and I hope that I can be some use to the Wikia and Elder Scrolls Community.

Retrieved from "https://elderscrolls.fandom.com/wiki/User:KRUZiiK_VOKUL?oldid=1140254"
*Disclosure: Some of the links above are affiliate links, meaning, at no additional cost to you, Fandom will earn a commission if you click through and make a purchase. Community content is available under CC-BY-SA unless otherwise noted.