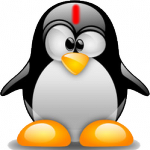 I'm an Ubuntu lover and Halo-pwnzor. I've made many contributions to the Ubuntu Linux project, and I'm one of the developers of the Salience theme.

I recently got my hands on Morrowind GOTY (Steam sale!), so hopefully I'll be joining Eganogard in helping the Morrowind, Tribunal, and Bloodmoon articles.

Retrieved from "https://elderscrolls.fandom.com/wiki/User:Kroq-gar78?oldid=2229824"
*Disclosure: Some of the links above are affiliate links, meaning, at no additional cost to you, Fandom will earn a commission if you click through and make a purchase. Community content is available under CC-BY-SA unless otherwise noted.