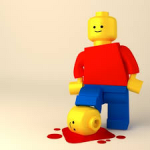 Greetings and salutations to all! Edit

I suppose this is a segment to tell the world a bit about me. So, as you may have guessed, my name is not Legoguy, or anonymous (that is what the binary says). What my name is, however, is not something you need to know and so you shall go without it. Now don't expect me to tell you much more, because if I haven't told you my name, you probably won't learn anything else (and I am aware of the irony that this paragraph says a lot about me, so don't remind me). Anyway, if you want to know something about my personality, you can read the lists below. Have fun.

My Lists of Top 5 Favourite ThingsEdit

-Miraak, on meeting the Last Dragonborn for their final showdown

My Lists My of Top 5 Hated ThingsEdit

Most Hated Things (In General):Edit

I don't think I need to say anything else. I finally won the Sai's Affliction Badge! I feel as though I have accomplished something with my life. Actually, looking back, that statement makes it seem like I have no life (metaphorically of course - I never understand that expression)

Retrieved from "https://elderscrolls.fandom.com/wiki/User:Legoguy451?oldid=1912519"
*Disclosure: Some of the links above are affiliate links, meaning, at no additional cost to you, Fandom will earn a commission if you click through and make a purchase. Community content is available under CC-BY-SA unless otherwise noted.