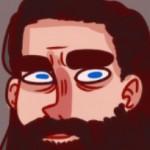 I am very active on Steam. If you want to contact me, use the link above.

I discovered The Elder Scrolls when my uncle showed me a video of some lad absorbing a dragon soul,ever since I strived to buy Skyrim, it wasn't until August 2012 I got a copy of it for the Xbox 360 and became addicted ever since. On to the interesting part,I'm an Indonesian ,probably the first in this wiki. I have a rather pessimistic view of the government of every country and is often sarcastic in real life. I have a lot of time in my hands so I am quite active on this wiki. I acquired Oblivion on August 2013 for the Xbox 360 and Morrowind and Skyrim for the PC on December 2013. I am proud to say I've participated in the beta of The Elder Scrolls Online. At 9:30 PM 13 February 2013 a volcano around 100 km from my house decided to erupt, the next day, on Valentines, I was greeted by the sight of ash covering my entire house, the event reminded me of Morrowind. I pre-ordered Online on 19 March 2014.

They're all on my hit-list:

"In a world filled with misery and uncertainty. It is a great comfort to know, that in the end, there is a light in the darkness."
―Joshua Graham.

"Zenimax... Remove the letters Z, N, I, M and X and you get... EA!"
―UselessArgonianMage, about Online's former subscription based model.

"I have always applied myself the same for club and country."
―Steven Gerrard, on his performance.

"I knew this was a bad idea, but, in the absence of any good ideas, I continued forward."
―Max Payne, during the events of Max Payne 3.

"Celebrities-they work hard to be recognized and get famous, but wear sunglasses so they can conceal themselves."
―Anonymous.

"The Government, a group of where corrupt people run the show."
―Myself, about my country's Government.

Retrieved from "https://elderscrolls.fandom.com/wiki/User:M.Owen_LFC!?oldid=1856706"
*Disclosure: Some of the links above are affiliate links, meaning, at no additional cost to you, Fandom will earn a commission if you click through and make a purchase. Community content is available under CC-BY-SA unless otherwise noted.