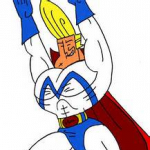 I used to take an arrow in the knee, but then I became an adventurer like you.

I used to be an adventurer like you but then... CURVED! SWORDS!

"M'aiq loves the people of Skyrim. Many interesting things they say to each other."

"Too much magic can be dangerous. M'aiq once had two spells and burned his sweetroll."

"Let me guess, someone stole your sweetroll?"

Currently playing as: Morrigan the Debased

What she likes doing: 1. Clearing tombs and sleeping in them; 2. Raising undead minions; 3. Murdering and robbing random nobles met on the road; then reanimating them for fun; 4. Spending time underground.

What she doesn't like doing: 1. Fighting dragons (they cannot be reanimated - so no fun at all); 2. Doing other people's errands - unless those errands include raiding a tomb.

Retrieved from "https://elderscrolls.fandom.com/wiki/User:Majorman86?oldid=2973781"
*Disclosure: Some of the links above are affiliate links, meaning, at no additional cost to you, Fandom will earn a commission if you click through and make a purchase. Community content is available under CC-BY-SA unless otherwise noted.