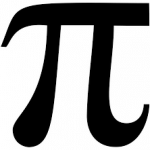 I am indeed a scholar of Tamriel's history.

Me? The Dragonborn? Have you been listening to too many Nordic stories? Young child, I am but an old Dunmer scholar.

Hm? Who are you talking about I know nothing of a Dunmer named "Maria," that is a strange name.

No, I have no idea who this "Moses" person is. Go find your parents.

What? Who raised you then, boy?

"Jordis?" Never heard of her.

Then go to your "Moses" and "Brelyna." But I have no idea who these characters are. What is your name?

You fought in the Legion? Ahh, I remember the day I had heard of Ulfric's death, that was a great day. And Blaise it is?

Never heard that name in my life. You are speaking to the wrong elf, son.

(The following writing is indeed fanon, not canon fyi)

My main character in the Elder Scrolls V: Skyrim is a male Dunmer. His name is Moses, (named after my adopted Americana rooster, Moses.) He lives in Severin Manor on Solsteim with his wife Brelyna Maryon. He met her when his plans to become a farmer in Falkreath crumbled after his sister Maria died on their way from Cyrodiil to Skyrim, and he headed to the College of Winterhold to learn magic. Moses had grown up knowing barely anything about his family, race, or any history, so he found learning magic intriguing.

After saving the College of Winterhold from the threat of Ancarno, he and Brelyna decided to make money clearing bandits, tombs, and other places to save up for Proudspire Manor in Solitude. Moses became Thane of Solitude in the process, and when they bought the house, they got married and adopted the farm boy, Blasie, who grew up to be a solider in the Empire and toke part in the death of Jarl Ulfric of Windhelm. Eventuly, the house ended up being given to Jordis, (Moses' housecarl), who lives there with her husband, (a Haafingar guard), when Moses and Brelyna headed to Solsteim and helped the people there and eventuly earning the deed to the house there.

They met up with some of the Skaal people and heard of their problem with the stones, and that a Dragonborn named Miraak had taken control of the stones and some of the people. Moses decided to find the Black Books and learn the Bend Will Thu'um, and ending Miraak's reign over Solsteim. Moses and Brelyna, after being together for a while decided to have a child and named him Savos, after the deceased former arch-mage of the College of Winterhold. He ended up going to the College of Winterhold and taking Onmund's role as arch-mage when he passed.

Moses, after visiting his son, Savos, a few time in Skyrim, became aware of the uprising of a group of vampire hunters called the Dawnguard. He left his wife in Solsteim to join the Dawnguard, but after finding a female vampire named Serana in Dimhollow Cavern, decided to accept Lard Harkon's blood, becoming a Lord Vampire. After helping the vampires, and killing Lord Harkon, Moses headed back home and gave Brelyna the power of vampirism.

They lived in Raven Rock for a long time and eventuly had another child, naming her Mirabelle after another deceased member of the College of Winterhold. She decided to move to Morrowind and becoming a scholar. Moses and Brelyna continue to live in Raven Rock at an old age and continue to fight bandits and clear out anicent tombs, both on Solstiem and Skyrim.

Retrieved from "https://elderscrolls.fandom.com/wiki/User:Moonwatcher27?oldid=2987877"
*Disclosure: Some of the links above are affiliate links, meaning, at no additional cost to you, Fandom will earn a commission if you click through and make a purchase. Community content is available under CC-BY-SA unless otherwise noted.