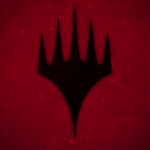 Hi my name is Ruka (not really) and i'm a soldier (also not true).

I elder the scrolls. I--I mean I play the elder scrolls games. I also play other games...I think.

If (for some odd reason) you find yourself wondering about my username just read this!

I love the fire emblem game series. In Fire Emblem gaiden there is a character named Ruka. He is a soldier class (In fact he is the first soldier class in Fire Emblem). He was the best unit on my team so I started going by Rukathesoldier on the internet.

I saw an RP timeline like this on Ketick1998's userpage and decided I would make my own. This is a timeline of recent RPs i've made or been part of.

I am space. No really. I am space. A while back I built an experimental device that I never tested. I used it to escape my exploding space station. It turned me into space. Side effects of becoming space are: A feeling of emptyness while at the same time feeling full, A feeling of lonelyness while at the same time feeling surrounded by company, Feeling optimistic and happy, Loving everyone except Ted, Always referring to yourself as space rather than "I" or "Me" or anything else and lastly wanting a hug.

I own(ed) a space station that included a space lab where I invented many things (Including Asians).

I invented Asians in my space lab in space.

I am a red team soldier.

I am a psychic/fire type pokemon.

I used to be an A.I. with a human consciousness.

I once achieved CHIM (don't ask).

Death is afraid of me and therefore I am immune to it.

I once dated a piano. (I also married it. We are currently divorced.)

I have sexual intercourse with lambs. Confirmed by a random person on the internet.

I once traveled through time and was burned alive for witchcraft.

I once said "k" on an alien planet and the aliens built a giant "k" statue dedicated to me.

I am Giovanni and the leader of Team Rocket.

I once kissed Nicolas Cage in the moonlight.

I am the Debaser.

I am Patrick Stewart.

I am in the Illuminate.

Space (and Time I guess...)Edit

I have started a church of Space (and Time...).

"When the end of Time comes Space shall rise and triumph over his asshole brother and all shall feel Space's loving embrace." ~excerpt from the Space bible

"And Space said to them 'love all...except Ted' and they loved all except Ted" ~excerpt from the Space bible

"He's like a sister! But with a penis." ~Skyrim Baby/Sienna about her brother

"I could go for some coc right now" ~Nerevarine465

"I get around more than the hot potato when you're playing hot potato." ~LTT

Retrieved from "https://elderscrolls.fandom.com/wiki/User:Rukathesoldier?oldid=1755480"
*Disclosure: Some of the links above are affiliate links, meaning, at no additional cost to you, Fandom will earn a commission if you click through and make a purchase. Community content is available under CC-BY-SA unless otherwise noted.