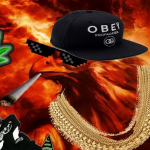 "It's nice never being dead, too. When I die in the world of time, then I'm completely asleep. I'm very much aware that all I have to do is choose to wake. And I'm alive again. Many times I have very deliberately tried to wait patiently, a very long, long time before choosing to wake up. And no matter how long it feels like I wait, it always appears, when I wake up, that no time has passed at all. That is the god place. The place out of time, where everything is always happening, all at once."
―Vivec

Drem yol lok , I am ScholarOfTheScrolls (aka Olórin356 and Joe King) but you may call me Gandalf/Gaydalf/Gundorf/Joe/Joey/Batdalf,Mcmethmaker/whatever. I quite enjoy playing Video Games with my favourite being The Elder Scrolls saga. I come here to see what the TES community are up to now and then as you do. I can be found in the TES chat often (since I'm a Chat Ordinator/Moderator). I'm just a wizard (well actually the most powerful wizard as my trophy will tell you) who keeps the TESwikia chat at peace from lawbreakers. Details below.

TES Lore and me

I've been playing TES since 2009, although I never really took an interest in the lore until Skyrim came out, still I consider myself fairly adaquate when it comes to lore, I know about CHIM, Enatiomorphs, Kalpic cycles etc all that big stuff, so feel free to ask me a question and I'll see if I can answer it (don't mistake me for a lore-master though).

Scholar Of The Scrolls

And of course my name is ScholarOfTheScrolls so I may as well place down my thought on the Scrolls (Elder Scrolls), I understand they are the timeless kalpic tape-recorders, record the events of a kalpa and then tell the next kalpa the events of the previous Kalpa(s). Although kalpas are always different in some ways and so the Elder Scrolls are not correct 100% of the time. I still think I was a bit hasty with the name but it's now attached to me as if it enatiomorphed with me so fat chance of me changing it.

My opinion on Talos

I recognise Talos for what he is, the result of 3 people enatiomorphing (Tiber Septim Wulfharth and Zurin Arctus) who need to be worshipped in order to prevent the Thalmor from erasing mankind from the Aurbis, I have no problem with Talos but 1 of the 3 people I hate, (Tiber) for being a bit of a prat. A good example of that being the issue with Barenziah. I'm a bit tired of people praising Tiber as a hero but what can you do?

My Opinion on the Godhead and the Dream

You hate the idea of TES being a dream? I did once, although I have no problem with it now, mainly because I think of being a dream not affecting how real the universe is, if you ask me it's all real and it's merely the mortal defintion of what a dream is that puts people off, I like to think the Godhead dreamed everyone up but instead of it being nothing but an illusion like a mortal would tell you it was instead like him creating everyone like most other creation gods in games and mythology except with his brain alone, although it's all still stored in his head so that still doesn't stop it all from ending when he wakes up. Let's say the Godhead asleep is like a power source running and if he wakes up the power source switches off.

My Opinion on Kirkbride

As for my opinion on the man of many lore related controversies himself, Michael Kirkbride, I'm fine with him, some things of his I like and others I dislike, Enatiomorphs I find to be pretty cool, as well as mantling and I love the lore around Vivec, however I dislike the idea of spaceships and space stations in TES and I especially loathe the Thalmor's victory, and yes I do like C0DA as well, as it allows me to leave things I don't like in his C0DA out of my C0DA.

I have three characters

If I act a bit different in ESO than I usually would in TES chat it's because I'm either rping as Mithir or Idrelith whom both are arrogent pricks. Although unlike Idrelith, Mithir's harsher and he's a racist. Joanne however is far more pleasant of a person.

In my C0DA while Mithir is the Vestige, Idrelith Ferandil is by far the more vital character, as he is responsible for the Thalmor in the 4th Era acting as the puppeteer behind it all, responsible for the deaths of many of the Dovahkiin's loved ones including Serana, he also brings the Dovahkiin to the realisation that he will inevitably fall to his lust for power, as is the nature of a Dovah.

Yes I am a Chat Mod here, I do not tolerate rule breakers, I highly advise you check the Chat Guidlines before you even engage in the chat, the link can be found on the welcoming message as you enter. I take the job seriously and don't expect me to show mercy if you deliberately disobey a mod, I don't want to see any offensive comments either, especially those of the racist/sexist kind or anything homophobic.

Additional names that people tend to call me

. Gaydalf (Everyone and their mothers)

People whom I consider friends (in no particular order)

(My Partner in Crime)

(The Guy Who Hates Elves)

(What is Usually Found On a Coat + A Form Of Transportation)

(The Guy Who Loves Breaking Bad More Than I do)

(The Guy Who Dies A Lot)

The One Trophy to Rule Them All

Retrieved from "https://elderscrolls.fandom.com/wiki/User:ScholarOfTheScrolls?oldid=1624529"
Community content is available under CC-BY-SA unless otherwise noted.