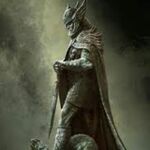 Hello there, <insert name here>, I am TalosAchievedCHIM (please ignore the slight inaccuracy in my name). I am a huge fan of The Elder Scrolls, especially Morrowind. I just recently bought Oblivion and really like it. While I am of the opinion that Skyrim is extremely dumbed down game, I still have the most hours in it, so there's that. I like to discuss lore, though I am far from a loremaster. You can find me hanging out mostly on the /d or on the TES Amino, though I plan on becoming more active here at some time.


I am an avid supporter of the Third Empire of Man, and wholly believe that they are the only chance Tamriel has to defend against the Dominion. i may consider archiving my arguments for the Empire and against the Stormcloaks here at some time.

Yes, I'm from the US. No, I'm not happy with the outcome of the election. Yes, I'm not a stereotypical American. I think that about clears it up.

The Tribunal may have killed Nerevar for their own benefit and violated his last orders, but they protected Morrowind for many years, ranging from before the death of Nerevar and far after. A few contributions of note would be their assistance at the first and second Battles of Red Mountain and the halting of Baar Dau. However, they are indirectly responsible for the transition of their people from Chimer to Dunmer.


I favor the Daggerfall Covenant.


As I stated earlier, I have a pretty good grasp of TES lore.

Retrieved from "https://elderscrolls.fandom.com/wiki/User:TalosAchievedCHIM?oldid=2360486"
*Disclosure: Some of the links above are affiliate links, meaning, at no additional cost to you, Fandom will earn a commission if you click through and make a purchase. Community content is available under CC-BY-SA unless otherwise noted.