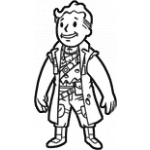 Instead of rewriting a bunch of text, and attempting to work over templates that are not present on this wiki, just go check out my User Page at the Fallout wiki, Nukapedia here. And well your there why not make an edit or two ;)
I copied over what I could. For everything else just click on that header and enjoy.

"…So when the last and dreadful hour; This crumbling pageant shall devour,
The trumpet shall be heard on high, The dead shall live, the living die,
And Music shall untune the sky"
―John Dryden, The Major Works

Me In a Nutshell Edit

Hi, my name is Nathan Gregory, I'm a 14 year old Canadian living in Ontario yet am very mature for my age. My biggest thing is the respect of others, even thou you don't believe they deserve it, still respect is to be given. I have a tendency to concern myself with current affairs and the world situation. Even thou I don't agree with some of them, I find myself involved with the research and discussion of various conspiracy theories. Feel free to message me anytime about either of those things. I also have a tendency to fight till the end about matters I disagree with. These mainly include politics, rights, and openness. When arguing, I prefer not to turn to what I call disrespectful arguments. These mainly include name calling, yelling, and swearing. I much more fight with logic and reasoning. Even though I carry no legitimate power in this wiki, please if anything is bothering you or you just feel like you need someone you can trust to turn to, just message me sometime, I'm always available to listen. Well, that's me in a nutshell so I'm hoping to be able to help anyone and everyone on this wiki and remember you can message me at anytime.

Little More About Me Edit

I play the majority of video games on PS3, (PSN=Natey_G) yet I do play some PC games mainly older real time and turned based strategy such as Age of Empires and Civilization. My favourite sport to play is soccer as I am part Italian, (my grandfather was born an hour north of Rome). I'm also part British as my mother was born an hour south of London. I really enjoy traveling and seeing the beauty of my country. I've been to Quebec 3 times now and if you ever get the chance to go, take it. It's a beautiful place. I've also been overseas spending a month in England, Scotland and France. I love movies. If you can name it, I've either seen it, or know it. I also love a lot of different types of music. Really anything other then death metal/scream-o, country, rap or pop. My favourite types are classic Rock and Roll as well as classic Jazz. I might add more later, but that's me for now..

Systems I Own Edit

Feel free to add yourself without my consent

Easy to Use Userboxes Edit

Retrieved from "https://elderscrolls.fandom.com/wiki/User:The_Old_World_Relics?oldid=2539077"
*Disclosure: Some of the links above are affiliate links, meaning, at no additional cost to you, Fandom will earn a commission if you click through and make a purchase. Community content is available under CC-BY-SA unless otherwise noted.