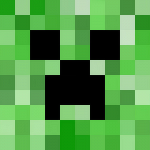 Hello, please edit to the wiki. Especially help the Wanted Pages. Thank you, have a nice day!!!

"We're all brothers and sisters in binds now, thief." - Ralof

"Funny, when I was a boy, Imperial walls and towers used to make me feel so safe." - Ralof

I have encountered 1 bugs so far, 0 of which are fixed.

Retrieved from "https://elderscrolls.fandom.com/wiki/User:Wizcharles5?oldid=1009706"
*Disclosure: Some of the links above are affiliate links, meaning, at no additional cost to you, Fandom will earn a commission if you click through and make a purchase. Community content is available under CC-BY-SA unless otherwise noted.