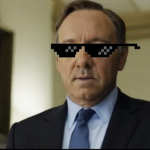 Welcome to my profile!

I am Zluhcs, one of the administrators here at the Elder Scrolls wiki!

I've been around this wiki for a couple of years now, although I am not as active as I used to be due to personal matters (I'm in the navy). Let me just say that you will not regret your time spent at this wiki editing, surfing, or chatting with other fellow users!

Please do not hesitate to contact me by leaving a message on my talk page if you have any questions or if I may be of help! I will try to do my best to help!

For new, or just curious users, I recommend checking out the wiki's Policies and Guidelines for useful knowledge of our dos and don'ts! This way you can feel a lot more confident knowing what is allowed, and what is not, here at this wiki!

In the mean time, I wish you a happy stay here at this awesome wiki, and happy editing! :)

How I got to the Elder Scrolls Wiki!

How I found the Elder Scrolls wiki, was actually a coincidence... A few days after I finally decided to create a user at the Vault , I decided to randomly type "www.tes.wikia.com" just to see if there was any website that existed with that name. I was surprised to find out that it did exist. I noticed that the website had been taken good care of, and that it also contained a decent amount of pages. My initial impression of this wiki was that it really had the potential of becoming bigger than the Vault and the UESP wiki. It had a friendly community, great admins, great editors and good information. So I then decided to start editing here aswell as at the Vault. That is my story in a nutshell :)

July 7th 2011
New Era
"On the 7th of July 2011 at 5:47pm local time, Zluhcs, an editor at the Elder Scrolls Wiki, made his astonishing 100th edit on this fabulous website. It was a proud momment for humanity, as a new historical era just had begun.
Changes, oh yes, many changes to articles were yet to happen, million (many) corrections were needed to be done, and at the same time thousands of words and grammar mistakes feared their "innocent trolling"-time was over. Which it was.

And for a whole second that day, Zluhcs actually thought he finally could feel hair growing on his chest. Only saddened to discover; it was just a small urge to scratch that caused this unusual feeling.

Because, there is yet a long way to edit before he has gained that much honor .

July 22nd 2011
An Adventure
On the 22nd of July 2011, Zluhcs, an editor at the Elder Scrolls Wiki, made his final preparations for his journey to Berlin. He spent hours meditating, preparing himself for the incredible mental challenge that was awaiting him; A whole two weeks without being able to edit on the Elder Scrolls wiki. His honor would remain intact, but his fear for who would make changes to the articles on the wiki while he was away, was unimaginable; trolls, pillagers and his worst enemy: The general mathematical formula for an ellipse with centre.

Yet he believed that the other users would manage to do well, and edit good.

Zluhcs kept thinking about how he could manage to edit pages while in Berlin. I mean, he could edit stuff by for example; stealing wireless internet from people around the city, but that is a different thing, and totally irrelevant for the time being.

The very beginning of a horror story I've written

An Elder Scrolls short-story I have been writing

Retrieved from "https://elderscrolls.fandom.com/wiki/User:Zluhcs?oldid=1847780"
*Disclosure: Some of the links above are affiliate links, meaning, at no additional cost to you, Fandom will earn a commission if you click through and make a purchase. Community content is available under CC-BY-SA unless otherwise noted.