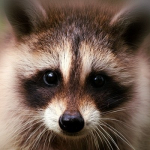 Hello, I'm zoomer364, known as the Nord Karzeth, the Argonian Sees-Many-Sights, or the Khajiit Garnet in Skyrim. There used to be a weekly puzzle here, but it got removed by me due to unpopularity (only one person guessed)

Karzeth is my main character, created when I first played Skyrim, in March 2014, He's a level 23 Nord so far, with a enchanted set of Steel Plate Armor (thank you Black Star), and an enchanted Ebony War Axe with Fire Damage (again, thanks so much Black Star). Factionwise, Karzeth has joined the Collage, is Harbinger of the Companions, Listener of the DB, and has not yet joined the Thieves Guild. Oh, and he joined the Legion (Don't say a word Stormcloaks, don't want to hear how amazing they are, Ulfric's dead already) Karzeth accepted his fate of being Dovakiin, and defeated Alduin. Paarthuax still lives (no matter how many time you keep begging Delphanie, I'm not joining the Blades. Period.) In his spare time, Karzeth likes to slay Dragons (stop bugging me Delphanie), look for the nine Dragon Priest Masks, (found one so far) and find words of power (cause he has like, 12 extra Dragon Souls)

Retrieved from "https://elderscrolls.fandom.com/wiki/User:Zoomer364?oldid=1682608"
Community content is available under CC-BY-SA unless otherwise noted.