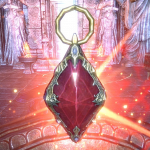 RE: Image of Titus Mede I Edit

As much as I'd wish to be able to help you here, I'm afraid I can't.

The picture that Hail the Empire uses is, indeed, from one of my posts. Unfortunately, the image used is thus far unused Card Art for The Elder Scrolls: Legends.

To amulet of kings (AoK)

I hope this does not count as nonsense or an obscenity, in the days prior to this message I had commented in a post and said things that I know realize were not necessary and wrong of me to say about you. I am unsure if you seen the comments I made or not, regardless I see an appology is necesary as you work hard and do a good job as a discussion moderator and I want to appologize for my behavior, I am truely sorry.

Thank you for your time and truthfully appreicated work for the wiki.

Everybody makes mistakes, the most important thing is that you have ended up doing the correct thing.Amulet of Kings (talk) 22:18, May 18, 2018 (UTC)

Ok the guidelines say not to spam multiple posts. Spam means to say the same thing over and over again. All of my posts were of different things .so i fail to see how this is breaking the rules. And if there is a limit to how many times you can post in a hour it should be written in the guidelines.i read the guidelines the minutes i got on the app. I apologise for i have been more rude than i needed to be, but i still do not believe i have broken any written rule. And just for just for further use how many times can i post in one hour?and what does it mean to sign with the 204.195.57.100 11:13, June 23, 2018 (UTC)

It is highly recommeded that you wait until three other users or so have posted their own posts before you make a new post. This avoids having a massive influx of posts, and it also helps to increase the quality of individual posts.Amulet of Kings (talk) 11:56, June 23, 2018 (UTC)

Hey there, I don't know why, but N-Gage emulators just don't exist, at all. I think it's a mix of a lack of demand and some really awkward hardware/software. So, I recommend getting an N-Gage QD, which is the redesign of the original N-Gage. They can be found fairly easily online. Now, I bought Shadowkey for like £30 or so about 6 years ago in an acceptable condition but everything included, even the map, this is apparently not so simple anymore as it seems to of jumped in price. Sucks but I don't know any other way but to bite the bullet, there might be ways to pirate the game but if so I haven't seen it. Also you need a SIM card in the N-Gage to play games, you can't play without it.

Good luck, it sucks that Shadowkey is the hardest to play because it's also the only one worth playing. It's not good by any means, it's super limited by hardware (especially since it came out about the same time as the DS for god's sake), but the lore you can get from it is really interesting and there's a lot of neat ideas that aren't seen elsewhere in the series. It takes a while to get used to the controls, and even then "getting used to" is generous, the N-Gage's buttons are awkward and will hurt your hand after a while. That's part of the reason it sucks there's no emulator. ゆ (talk) 12:14, July 17, 2018 (UTC)

Dont really know where I'm meant to report this, was directed here when I asked, but I'd just like to report that a new user, MK191200, has a swastika for a profile picture but it's not the typical red and black one so don't know if it's racist or whatever —This unsigned comment is by LoreleiTheGreen (talk • contribs) . Please sign your posts with ~~~~!

I know I already said goodbye to you on Slack and Discussions, but I've really appreciated having you as a moderator on here. Your edits to the Novel pages were extremely useful as well. Feel free to drop by anytime, and of course you can always join the Discord server too. See you around! —Atvelonis (talk) 23:15, September 9, 2018 (UTC)

Hey, it's Masidillia. We really didn't get off on the right foot, I appologize for that. It's been nice having you on the wiki as a mod, you have really made it better. I've been on a couple wikis that have had mods not like you, and I couldn't stand it, you've really helped organize this wiki and made it better. I didn't leave this as a reply on the dissuscion page because I thought that it might make me look like I was trying to show up other people and that's not what my goal is. I just wanted to appologize for not being as friendly as I should have been, I'm sorry about it. I don't realy know why I did it, I made a pretty bad first impression. Knowing that you won't be as active anymore, I figured that I should try to make it up to you. I understand fully if you don't accept it, I just wish you the best of luck with what you'll be doing now. Good luck, and see you around...hopefully.

Thank you! Although this sadly won't matter too much, I'm sorry for a late response.

I haven't checked KINMUNE's deleted threads, but I'll surely do so.

Thank you! And yes, December is the optimal month to have a birthday since I get to be in a Christmas mood as well as get older slower than others. Rozty (talk) 10:59, December 3, 2018 (UTC)

BertH was my contact for the raffle and now that he's been laid off (RIP), it's somewhat unclear exactly who's in charge of the organization for the shipping. Brandon Rhea said to me earlier, "Bert sent an email to our London office about it, I'll follow up with them" since the plushes were being stored there. Before Bert left he did note that he had collected all of the shipping data for the prize recipients, so as far as I know they should be sent out already. Last time I checked the others have not received their prizes, but that was several days ago. I will check in again. —Atvelonis (talk) 02:36, January 24, 2019 (UTC)

Hello, they are screenshots from "Collection". I just remove the number box and then mirror other corner of the card to make the card whole. I did this once for every attribute and rarity and saved the templates, so now I just need to add a new template layer. --Rupuzioks (talk) 21:07, January 29, 2019 (UTC)

Hey! I'm doing well, thanks. And great to hear about the plushie, that's good to know. I sent a message on the Discord server about this so that everyone is up to date. —Atvelonis (talk) 16:29, February 21, 2019 (UTC)

Just a note, someone commented on your Travels blog that the download link on this page doesn't work anymore. Something to look into? —Atvelonis (talk) 01:19, December 26, 2019 (UTC)

Hi Amulet, your application to the news team was a success. Congratulations! I've sent you a message on Discord with some additional information. I'm glad to have you back with us, and I look forward to working with you more extensively in the future. Please let me know if you have any questions. —Atvelonis (talk) 17:40, June 10, 2020 (UTC)

Retrieved from "https://elderscrolls.fandom.com/wiki/User_talk:Amulet_of_Kings?oldid=3062026"
*Disclosure: Some of the links above are affiliate links, meaning, at no additional cost to you, Fandom will earn a commission if you click through and make a purchase. Community content is available under CC-BY-SA unless otherwise noted.