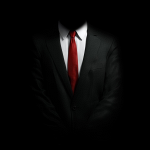 Hello, my name is Aquila2002! Leave a message here or over KiK. Username in my Profile.

Hey, so I need to talk to you about the formatting and structure of the Godhead article you created earlier today. What you had on there was really not written in an encyclopedic tone, primarily because you spoke in first person (this is never something we allow on articles), but also because it was written informally in general. There was also quite a lot of speculation and hearsay, some/all of which has been removed. You provided sources for some of your quotes, but for others you actually quoted the article it came from. Explanatory articles, such as CHIM, are by nature not considered reliable sources and cannot be quoted or referenced in other articles.

The original article was also riddled with typos, and was written in British English. As both Bethesda and Wikia are American companies, we use American spellings. The current structure is messy and disorganized, and reads like a theory, piecing together various ideas, rather than an article, which is supposed to piece together factual information. This means no guessing or connecting the dots in any abstract or unnatural ways. Furthermore, you provided no in-text citations for any statements made in the article. If there isn't a source, we can't backtrack and find where the info originally came from, so for all intents and purposes it is is useless.

I will be working on cleaning up the article in the near future, and I have also contacted Dovahsebrom for some assistance (although he may be occupied with writing other articles at the moment). I highly recommend you check out the links I gave above, and also browse through the rest of our Policies and Style and Formatting guidelines, before writing any more articles. Thanks. —Atvelonis (talk) 22:59, October 25, 2016 (UTC)

There is a very simple way to please me: acknowledge what is lore and acknowledge that Kirkbride's OOG works are not. I'll repeat, OOG, out-of-game, not ingame, out-of-game.

Also, my "incorrections"? That Bethesda's claims hold more value than Kirkbride's? Ever heard the name of the franchise? I'll help, it's The Elder Scrolls, not, The Kirkbride Scrolls. Stop saying that in-universe information is incorrect because your out-of-universe information contradicts it.

Also, it's not that I'm not open minded, but being open minded is different from claiming something is lore when it's not. Being open minded means saying
"This could happen in the Elder Scrolls lore, nothing contradicts it and a former developer said it!"
not
"Bethesda says this, but Kirkbride says that, so Kirkbride's right! And if anyone disagrees with me, they're incorrect!"


You're being close-minded, not open, if anything, you're getting bitten in the back, as your whole Kirkbride fantasy of Nirn being destroyed by the Thalmor is outright contradicted by The Elder Scrolls Novels, which, surprise surprise: Are part of The Elder Scrolls Franchise.

What I'm trying to prove? That claiming someone is ignorant who has played most of the games, and two of its novels, (and decided to dedicate his time to learning the lore of said games, then continues to use said lore to teach people and contribute to a wiki) is laughable at best. Blademaster Jauffre (talk) 00:15, August 11, 2017 (UTC)

I wouldn't say that Kirkbride's works hold the same canonical value as books confirmed by Pete Hines as part of the franchise are different from Kirkbride's unconfirmed works.

I just wanted to let you know we don't actually make articles like the one you're currently working on. Rather, your article should be merged with Mistral under its "Characters" section. Hope you understand. Thanks.—CarloV3r (talk) 10:02, August 21, 2017 (UTC)

Yes, I understand. My main ideology for it was to work on the characters themselves, and having a collaborated list did help. Albeit I did find out that said page has already existed. Anyhow, thanks for the news. I'll make sure to look out for these things in the future.--Aquila2002 10:07, August 21, 2017 (UTC)

These are the two example of how we attempt to format characters on a location page. These could be helpful for reference:

Hey, just wanted to drop by to mention I fixed the profile like you asked for in chat. For future reference, the problem was that (it's okay, you probably forgot) Renz' template is <div>s too. Problem is, templates make it so that you have to layer it (like normal) but in the correct order, with your }} and </div> in the correct layering, otherwise it'll mess up like in your case. I don't really have any official/online/whatever class on this so I might not be using correct terms, but I think you understand. I made the same problem on my profile once, so it was pretty easy for me to fix. Hope it helps The Crusader of Truth (talk – chat) 17:44, August 27, 2017 (UTC)

Hi Aquila, Just quickly: The reason pages don't exist for ingredients and crafting materials is that they will be on one page in a table. There are so many that we won't be making individual pages for them. Sorry to break this to you after you've put in the work! But the information will come in useful when the main page is created. For, now, I'll be marking them with a "merge" template, which means the information in it will be kept, but the page itself will be moved and merged with another. For now, don't worry about making more. Regards,

When you're creating a new article, don't forget to use the relevant infoboxes and templates. You can use the preload templates provided with the editor to load a standard character article layout. Thanks.—CarloV3r (talk) 10:15, August 31, 2017 (UTC)

In addition to that, you also don't have to add categories such as "Online: Grahtwood Characters" if the characters are located in Haven. Just "Online: Haven Characters" will do. The "Online: Characters by Faction" category also isn't meant for character articles. Rather, for other categories.—CarloV3r (talk) 10:31, August 31, 2017 (UTC)

Just a heads up. Character level is irrelevant in ESO. In a past update the developers did away with that, so if you see a level section in the infobox template, you can go ahead and delete it. Any information entered there won't show up anyway. The Cat Master (talk) 09:48, September 2, 2017 (UTC)

Hei Aquila. Thank you for the new pages you have been adding. I just need to piont out that when you start new articles we add a space between sections like the example below:

Also, if you use the {{Stub}} template, you don't need to input "Category:Stub" yourself, as the stub template automatically adds it.

Here are some pages that will help

If you have any questions feel free to ask.

Aside from that, your contributions are greatly appreciated, and we hope you stay around. Cheers The Cat Master (talk) 09:33, September 3, 2017 (UTC)

We typically have fewer inactive moderators than this. Dovahsebrom mentioned earlier this year that he is taking a break from writing right now, but I don't know when he'll be back. Khaleesi and Odi are currently dealing with real-life stuff (you can ask them about that privately if you'd like), but I've spoken with them both and they should be returning to full activity at some point. Ottoman Hold focuses mainly on the Forums, so you won't see him on the Discussions very often.

Our moderator insights page notes that Aramithius, Amulet, and Sheo have together made 65% of the actions on the Discussions in the past month. Carlo has been helping out too. I don't think that the current activity of Discussions calls for another promotion, as the active mods seem to be handling it well for the time being. That could very well change if a new game is announced soon, though, or if one of them needs to take a vacation. —Atvelonis (talk) 17:27, September 4, 2017 (UTC)

Hey Aquila, hope you're doing good. I just wanted to come by and mention that Graccus' Journal, Volume II looks mostly good, however, has one huge problem: You didn't format the Content section correctly. I would correct it myself for an example, however, I don't have access to the text and I don't want to get it wrong. If you may, please take a look at Graccus' Journal, Volume I and modify the content section to match that. It's only the text in the book itself. If you need any further help, I would be glad to help in either chat or tp. Thanks, and cya around the wiki. The Crusader of Truth (talk – chat) 19:47, September 4, 2017 (UTC)

Hei, thank you for the new pages! I want to point out that the highland enemies are part of a faction called the West Weald Legion and the Colovian people are Imperials. Also, there is no need to add the enemy stub category, as the character stub category embedded in the stub template will suffice. Other than that, good work. Cheers The Cat Master (talk) 19:11, September 5, 2017 (UTC)

I noticed you created the Arenthian Resistance page, and couldn't help but realise that another article is about them (partially). On the West Weald Legion page, the Arenthian resistance is mentioned, so if you want to add anything more to the page, you might find something there.

Aside from that, I'm happy to see you've started adding pages and the like to the wiki (I know you started a few weeks ago, but still), welcome aboard!

On a different note, give some thought to what I said :) and if you need help with anything, the Online channel is great on Discord. I use it myself :) Timeoin•Say G'Day•View my work 22:48, September 16, 2017 (UTC)

Retrieved from "https://elderscrolls.fandom.com/wiki/User_talk:Aquila2002?oldid=2484296"
*Disclosure: Some of the links above are affiliate links, meaning, at no additional cost to you, Fandom will earn a commission if you click through and make a purchase. Community content is available under CC-BY-SA unless otherwise noted.