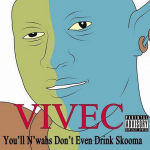 so i use these programs http://freeaudiovideosoft.com/freemp3joiner/index.php and http://www.nexusmods.com/skyrim/mods/8303/? to convert the files Gaming Foxy 21:58, August 9, 2015 (UTC)

Re: Hall of Valor & Sovngarde Edit

Hey Auto, sorry I took so long, I only now got a chance to reply to your message in full.

I don't think the Hall of Valor needs to be split up, it only appears in Skyrim after all. It's mentioned in a couple of books but the information in those isn't quite extensive enough for the article to qualify for a split, as I see it.

On the other hand, Sovngarde is something I have been meaning to get around to for several months, but I still haven't gotten around to it. I think it should be split into Sovngarde as the lore page/disambig, and then Sovngarde (Skyrim), Sovngarde (Online), Sovngarde (Faction), and "Sovngarde (Quest)." Does that sound good to you? —Atvelonis (talk) 12:04, August 31, 2015 (UTC)

You don't know me, but I could really use your help with something. I've been trying to upload .ogg files for audioquotes, but whenever I try to upload them, it says; '.ogx files aren't allowed' followed by a list of file types that are allowed. After googeling the issue several times without finding a solution, I came across a message you left on Gaming Foxy's talkpage. It seems that you were experiencing the same issue. I was wondering if you've found a solution to it yet.

Thanks for the reply. I've actually already found a solution to my issue, all I (and probably you aswell, since we were experiencing the same issue) had to do was convert the .ogg file to .ogg again. I've got no clue as to why this fixes it, but it works. Thanks for your help non the less! CarloV3r (talk) 18:29, August 2, 2016 (UTC)

Retrieved from "https://elderscrolls.fandom.com/wiki/User_talk:AutoBlood?oldid=2637709"
Community content is available under CC-BY-SA unless otherwise noted.