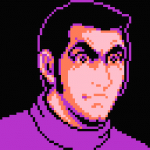 Note to anybody who comments on talk pages:

Heh, sorry, I just checked the page quickly and saw him, I just blocked him by reflex. I bet you'll catch the next possible vandal though. --Bippo Ernesti 00:44, 12 July 2008 (UTC)

I shall take my leaveEdit

This is it. I can't take of this Wikia stuff anymore. Unfortunately my interest in wikis has been ruined due to all that has been happening everywhere. It's just mindless BS that I don't feel like being a part of, I can't enjoy wikis anymore. IF there is a chance that I will return, I will announce it here. For now, I bid you all farewell and I wish you the best of luck in expanding wikis. Till next time everybody, DO THE MARIO! --Bippo Ernesti 14:31, 1 August 2008 (UTC)

Nice having you around Bippo, though I'm sorry to see you go. I feel somewhat the same way about wikis in general; so I just occasionally fill in here. Drop on by for some mini-edits or so bans! :-P Good luck to you. --theSpectator talk 19:07, 1 August 2008 (UTC)

Check this link. Apparently they made that user since my all-around Wikia user is also named Bippo Ernesti. The funny thing is I can't access it. I don't know what the deal is, and frankly, I no longer care. --Bippo Ernesti 11:08, 4 August 2008 (UTC)

i got a question... can you read my Diary of an Esploder, I think im missing something in my recommendations....

Retrieved from "https://elderscrolls.fandom.com/wiki/User_talk:Bippo_Ernesti?oldid=606687"
*Disclosure: Some of the links above are affiliate links, meaning, at no additional cost to you, Fandom will earn a commission if you click through and make a purchase. Community content is available under CC-BY-SA unless otherwise noted.