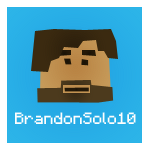 Don't remove messages simply because you disagree with them. Continued mass removal of valid posts (as you did here) will likely get you banned. --Shockstorm (talk) 23:37, August 24, 2013 (UTC)

My God! Half of your achievements are SAI'S FREAKING AFFLICTION! I have made multiple times more edits than you have, and I don't have it yet! First my MtG hands, and now this! I guess I have really crappy luck.

Regarding Alduin the Dragon's... Well... You know, I would just like to say thanks for leaving it. That thread was hopeless from the start despite my useless attempt at keeping it civil. Which clearly didn't work. :P -UselessArgonianMage

Hey Brandon, we made the Power of Tamerial part 3, we need you back :)

I can't believe it. The bird lied. He said he would ignore it and then kicks me. I feel like my right to freedom of speech has been violated.

Brandon, I'm taking control of your character. I know you are still active on the wiki as I have noticed that you have posted a message on a thread not long ago according to the forum activity section when I got on the Black Claws RP thread so you obviously don't want to play the Black Claws RP. I don't know if you don't have time to RP on the thread or you just got angry because I made my own history for the Trade Federation and asked you some questions about it or something completely different, but you don't want to play on the RP thread so I'm taking control of your character. TheDwemerSpy (talk) 00:59, February 21, 2014 (UTC)

skyrim is awesome B)

Retrieved from "https://elderscrolls.fandom.com/wiki/User_talk:BrandonSolo10?oldid=1453134"
*Disclosure: Some of the links above are affiliate links, meaning, at no additional cost to you, Fandom will earn a commission if you click through and make a purchase. Community content is available under CC-BY-SA unless otherwise noted.