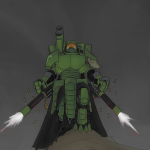 Hello Brenton239, welcome to the Elder Scrolls Wiki! We're building a collaborative source of information for The Elder Scrolls, and we need your help!

I know that it is a rather old thread, but I figured out a way of getting in Dustman's Cairn without joining the Companions.
When you enter the cairn, a barrier of rocks is blocking your way. You simply use "tcl" command, get past the rock barrier and then enjoy the beauty of the cave. You will also have to use tcl to bypass the gate later, because using the lever will trap you and you won't be able to use your weapons.

Then it's all about killing Draugrs and Silver Hands.

Re: Can you tell me if this computer is any good? Edit

Alright, so I'll base my estimation off of Steam's minimum and recommended system requirements for Skyrim. Unfortunately, that laptop does not have the fastest components (especially for its price).

With a budget of $600, you could get a much better laptop. The Acer Aspire E-15 for example (which is what I have), is $550 and has a battery life of about twelve hours (presumably while idling, but even when playing games it can still last a while). With an i5-65200U and a GTX 940MX, it would be able to do a significantly better job of playing Skyrim (and anything else, for that matter) than the laptop you linked me.

However, I would actually recommend building your own computer. Something along the lines of this would perform hugely better than the original laptop you were looking to buy or even the one that I suggested as an alternative. If this isn't possible due to your living situation or something, then you should probably could go for the Acer laptop that I linked. However, if you think you'd rather have an upgradable desktop PC than a laptop, definitely go with the build I linked. —Atvelonis (talk) 01:00, January 7, 2017 (UTC)

Ah, didn't realize you were in Australia. Well the exchange rates make things a little harder, but there are still other options for your price range. You'll have to spend about $500+ USD ($685 AUD) on a laptop if you want a dedicated GPU, so if you need something closer to $430 USD ($550 AUD) then performance in games won't be as good. Something like this for $420 USD ($570 AUD) should be a reasonable pick. You can play around with the various specifications on this website if you want to poke around for other laptops as well.

I actually don't think that desktops are too hard to move around, especially if you pick a smaller case. I sometimes have to carry my mid tower up and down the stairs to replace a part, and it's not terrible. Anyway, Australian prices are pretty wacky so you'd have to pay a fair bit to get anything decent. Perhaps something like this ($680 AUD). It wouldn't play games beautifully, but if you're alright with turning the settings down then I'm sure it would be fine for Skyrim.

Plus, you can always upgrade the GPU (or whatever other part needs replacing) and sell the old one later. That's the nice things about PCs; you don't have to buy a whole new one every time you want to upgrade. Instead, you can just swap out one or two parts at a time. So the upfront cost may seem high, but it saves you hundreds (or even thousands) of dollars in the long run. —Atvelonis (talk) 02:08, January 7, 2017 (UTC)

I narrowed it down to the Lenovo IdeaPad 110 A8 15.6" Laptop and the Acer Aspire ES1-533-P8Y7 15" Notebook. Unfortunately, I couldn't find many useful benchmarks comparing the two processors in these laptops, but just from looking at the basic specifications I would think that the Acer is a better pick. The Pentium N400 has a lower base frequency than the A8-7410, but they both have the same maximum frequency. As such, I would infer that the Pentium is a lot better at dialing things down when it doesn't need to be running at near-full speed; this would mean a better battery life.

But again, this sort of machine isn't going to run any game very well. It doesn't even have a dedicated graphics card; while Intel's onboard CPU graphics are tolerable in some older games, I think you'll have trouble with the things you want to play. The games will run, but even with the settings turned all the way down it would probably be at an uncomfortably low framerate. I don't personally think the "portability" of a laptop is worth the terrible performance; I would still recommend you save your money and build a desktop PC. —Atvelonis (talk) 13:19, January 7, 2017 (UTC)

Retrieved from "https://elderscrolls.fandom.com/wiki/User_talk:Brenton239?oldid=2306250"
*Disclosure: Some of the links above are affiliate links, meaning, at no additional cost to you, Fandom will earn a commission if you click through and make a purchase. Community content is available under CC-BY-SA unless otherwise noted.